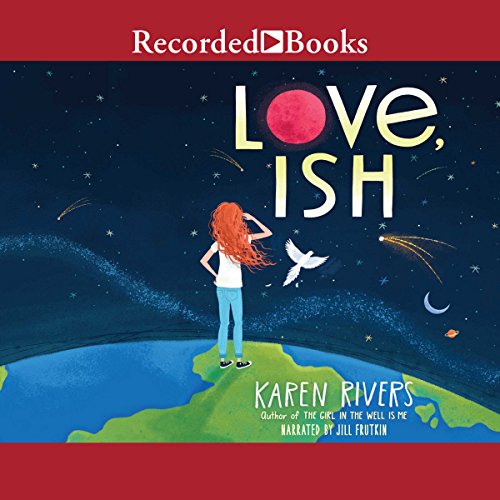 A rich and moving story about how one girl's celestial-sized dreams for a future on Mars go heartbreakingly awry when an unexpected diagnosis threatens her future.

Things Mischa "Ish" Love will miss when she goes to Mars: lying on the living room floor watching TV, ice cream, her parrot Buzz Aldrin. Things Ish Love will not miss when she goes to Mars: mosquitoes, heat waves, missing her former best friend Tig. Ish is convinced that she'll be one of the first settlers on Mars. She's applied to - and been rejected from - the Mars Now project 47 times, but the mission won't leave for 10 years, and Ish hasn't given up hope. She also hasn't given up hope that Tig will be her best friend again (not that she'd ever admit that to anyone, least of all herself).

When Ish collapses on the first day of seventh grade, she gets a diagnosis that threatens all her future plans. As Ish fights cancer, she dreams in vivid detail about the Martian adventures she's always known she'd have - and makes unexpected discoveries about love, fate, and her place in the vast universe.

In this story perfect for fans of Fish in a Tree and The Thing About Jellyfish, Karen Rivers has once again created an unforgettable narrator who will pull listeners into her orbit and keep them riveted until the very last minute.

This is a tender nicely written story you won't soon forget, and the narrator was perfect for this book.

Misha Love is 12; her best friend has just moved away, and worse still, he no longer contacts her. She has written him off as "dead to me." Ish and her friend, Tig, used to incessantly talk about going to Mars--being the first people to do so. They planned constantly and talked about how to combat the planet's toxicity. Ish is a fierce environmentalist, as someone who is almost 13 can be.

She has dealt with headaches for months, and they seem to worsen in severity. On her first day of middle school, she can no longer ignore the pain. She collapses at school, wetting herself in the process, and requiring medical attention.

The tumor they discover on her brain quickly gets named Sprout by Ish or alternatively, Nergal. As her condition worsens, she fancies herself actually on Mars carrying out experiments and saving other members of her crew.

While you won't get the Hollywood happy ending you might like, you'll at least get an appropriate ending, and you'll be treated to excellent writing in the process. At one point, Ish describes her older sister as helium and the family as balloons waiting to be filled with her sister's happiness and kindness.

This is both an unflinching look at the impact of cancer on the very young and their families and a story of love's ability to make an otherwise horrific nightmare at least tolerable.

The narrator has my respect and real admiration for bringing Ish so fully to life throughout the book.