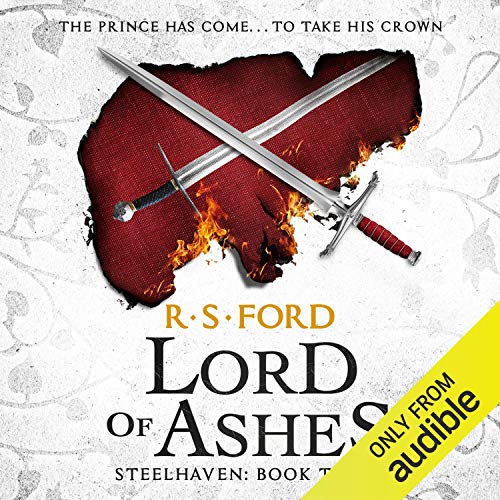 The queen of Steelhaven has grown in strength. Taking up her dead father's sword, she must defend the city from the dread warlord Amon Tugha and his bloodthirsty army now at the gates. A vicious, unrelenting four-day battle ensues, the most perilous yet.

No side is immune from danger as all hell breaks loose, with the threat of coups and the unleashing of the deadliest and darkest magick. Loyalty, strength and cunning will be put to test in the quest for victory. What fate awaits the free states?

The first 2 books were AMAZING. The 3rd felt incomplete. I wanted more, but it was so lacking I was truly shocked because the other 2 were just so good. Bummer. Big time.

I found way to much of the story to be predictable. Characters act exactly as you think they will, felt a bit flat. All foreign characters seem driven by a vague desire for glory that honestly makes very little sense as a character motivation. It's almost as lazy as saying "they're just evil for reasons". Further, it feels like a lot of characters have plot armor. Tons of improbable escapes. Multiple times during big fight scenes, characters just stop fighting and have some sort of drawn out dialog while the "battle rages around them". Honestly it felt like a YA novel, but with more violence and plenty of swearing to fool you into thinking it's grimdark. From a performance standpoint, the reader was pretty good, but lacked real emotion in any of the scenes were characters are yelling. It sounds like someone imitating someone yelling instead of actually being an actor and performing it with some emotion. In short, he's no Steven Pacey.

This could have been an excellent book, but the plot holes are real kill joys. How does the private guard of the queen keep leaving her alone enough for more assassination attempts or to do stupid shit. None of the key people talk to one another. They all act like they are in their own stories. This could have been such a great book.