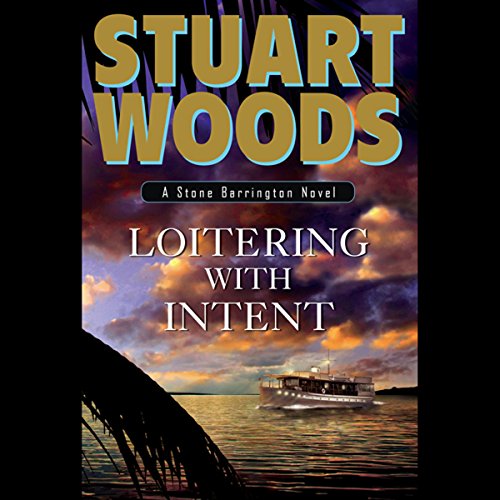 Dumped by his glamorous Russian girlfriend during dinner at Elaine's, and running low on cash, Stone Barrington is having a bad week. So his luck seems to be improving when he's hired to locate the missing son of a very wealthy man - lucky because the job pays well, and because the son is hiding in the tropical paradise of Key West. But when Stone and his sometime running buddy Dino Bacchetti arrive in the sunny Keys, it appears that someone has been lying in wait. When Stone very nearly loses his life after being blindsided at a local bar, he realizes that the young man he's been hired to track may have good reason for not wanting to be found. Suddenly Key West is looking less like Margaritaville and more like the mean streets of New York.
©2009 Putnam Adult (P)2009 Penguin

This was a really fun listen, made more so by Tony Roberts, the narrator. He was dead on with the accents: Tommy the Irish cop, Dino - NYPD’s finest, sounding a lot like Columbo. The southern accents were good as was Annika’s Swedish one. My only complaint as a Floridian and former resident of the Conch Republic, was the continued mispronunciation of “conch”. “Conch” rhymes with “honk”, not with “launch”. We politely correct tourists - if we like them.

Listening to all the books. Tony does a great job with the narration. Not great literature, but entertaining. Something like listening or reading a script for a day time drama. Don't read or listen to if you are a literature snob, you won't like it. Want to chuckle and leave with an interesting story and a smile on your face, then listen.

I'm a BIG fan of Stuart Woods and Stone Barrington ... this one is OK. These are becoming a little predictable. Prefer the stories in New York.

Tony Roberts performance is sometimes a little odd -- don't care for Dino's "voice" (doesn't seem to match his description) or the pronunciation of this last name (previous narrator used a different pronunciation).

Reminded me a little of Carl Hiassen(sp) writing style. Characters are really "characters" and dialogue is clever. A good light hearted "fun" read. No heavy plot. No redeeming social value but just plain pleasure to listen to!

Stuart Wood’s novels are generally entertaining. Sure, they can be a bit predictable, but every so often he comes up story line that’s very compelling. Loitering with Intent is not one of his more absorbing novels. The one-dimensional and misogynistic treatment of the female characters in the book is very disappointing.

This is my second Stone Barrington novel, the first one I read in an afternoon. I find the characters to be very enjoyable and likable. The plot isn't what I would call "thick" but I think it does enough to keep you interested. Some good twists and turns, it makes you suspect everyone.
I will never purchase another novel read by this horrible narrator. My first impression of Stone was mid to late 40s, he sounds more like 65 when read by this guy. Which makes the sex scenes even more cringe-worthy! Dino sounded like Oscar the Grouch, and the rest of the cast had very odd British accents ?!
Overall, worth a read, not a listen.

Once again Stone Barrington does not disappoint. While one can anticipate the ending, there is just enough drama to keep your interest.

I love Stuart Woods creativity in all the plots he comes up with. Superior plot generator. AND, not to be left out, I can't imagine not having Tony Roberts deliver his superior multi-character performance. What a duo!

Another great Stone Barrington story filled with intrigue. Florida Everglades and the Keys are the backdrop for this excellent story.

One of my favorites! Great story, great narrator. Would highly recommend! Love Stone Barrington. Thanks