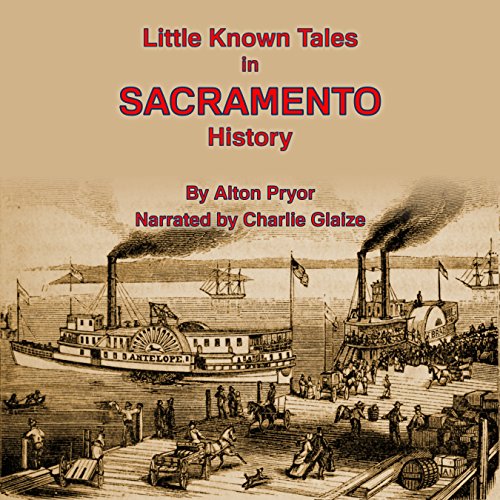 John Sutter, who left Switzerland to escape debtor's prison, came to California and built a giant land monopoly. Again, he became heavily in debt and died destitute. The entire Sacramento and San Joaquin valleys were inundated for 300 miles long and 20 miles wide by the flood of 1862. The cholera epidemic killed more than 1000 citizens, including doctors and others who were caring for the patients. The Old City Cemetery is an exciting place. As docents are quick to remind, "People are dying to get in here." The docents know their job. It's almost as though they are trying to bring the city's cemeteries back to life. We love the epitaph on one headstone that simply reads: "See ya later."

It sounded like the narrator (who did a fine job, considering) was reading from a list of bullet-points that often repeated the same facts over and over again. There wasn't much of a narrative in any of the stories as the book wasn't interested in exploring any of the historical characters or their motivations, or even showing a sense of wonder. It just listed an event or statistic and went off to the next bullet-point, often skipping between years or decades without any rhyme or reason. It was like reading someone' junior-high geography report off the folding card-stock poster they had set up over a clay model of the Sacramento city hall.