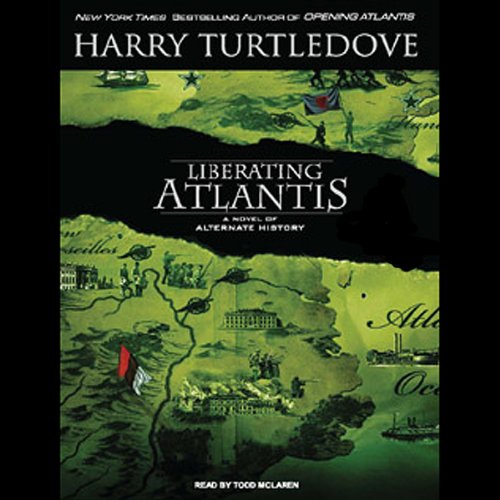 Frederick Radcliff is a descendant of the family that founded Atlantis's first settlement, and his grandfather Victor led the army against England to win the nation's independence. But he is also a black slave, unable to prove his lineage, and forced to labor on a cotton plantation in the southern region of the country. Frederick feels the color of his skin shouldn't keep him from having the same freedoms his ancestors fought and died for. So he becomes the leader of a revolutionary army of slaves determined to free all of his brethren across Atlantis.
©2009 Harry Turtledove (P)2009 Tantor
歴史改変
続きを読む 一部表示

Turtledove is alway wordy.. This takes the cake. Never ending repetitive philoshophic debates and self-reflections. Little action. Not even sure cutting it from 17 hrs. to 7 hrs. would help. Sufered through it just to finish series.

Cannnot think of anyone.

Loved the 2 books I've listened to . Ready for some the next book in the series