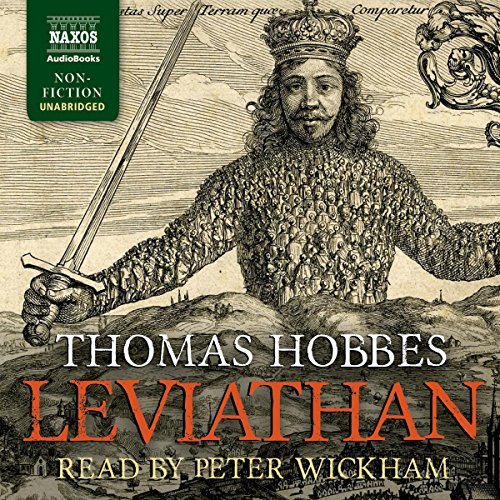 Born out of the political turmoil of the English Civil War, Leviathan stands out as one of the most in influential political and philosophical texts of the 17th century. It argues for the restoration of the monarchy in light of the republic and calls for a commonwealth ruled by an authoritative, autocratic figure with absolute sovereignty. This would put an end to all controversy, war, and fear and establish peace via social contract. Over the course of the book, Hobbes targets Christianity and contemporary philosophic methods, rejecting the idea of spirits and souls and arguing for a philosophy to end divisiveness and provide indisputable conclusions. These highly controversial theses led to book burnings in 1666 and Hobbes being dubbed the 'Monster of Malmsbury'.

I like this narration. I wish audible would come out with a ‘simple English’ version of this book but it allows me to multiple task during my studies and work.