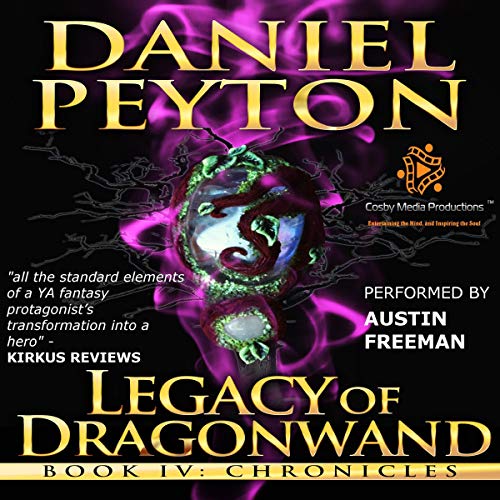 He who lives in peace, can expect war.

Gallenor is once again at peace. Hallond the Terrible has been defeated, and Markus has remerged as the first dragon in over a 1,000 years. Now, it's time to learn to master his powers in school at the College of Wizardry near Thendor.

But Markus finds that life as a powerful wizard is more complicated than he assumed, as he struggles to split his time between learning, working with the provisional government in Thendor, and building his relationship with Crystal.

His primary role of guiding the stumbling nation back to stability is also challenged when he takes it upon himself to search for a new king to rule over Gallenor and learns that the gnomes are facing extinction from a disease ravaging their species.

Markus gathers other older wizards to help him, and as his journey takes him to the ancient capital of the Shlan to meet their king, he requests something else from Markus: to find the source of the darkest magic in all of Gallenor. It's then that his quest takes a sudden turn for the worst, as he comes across a ship that predates the age of the ancient Dragon War itself, and unearths a being of pure evil, unlike anything Markus has ever seen before.

Good addition to the series

I enjoyed this new addition to the Dragon Wand series. Thank you, Daniel Peyton. Blessings