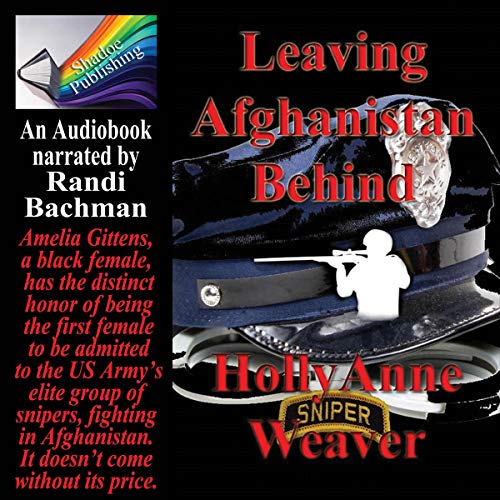 Amelia Gittens, a Black female, has the distinct honor of being the first female to be admitted to the US Army's elite group of snipers, fighting in Afghanistan. It doesn't come without its price, though. She comes back as so many veterans do - with post-traumatic stress syndrome, complete with major flashbacks.

Working as a New York City police officer, she is involved with a suspect shooting. Unfortunately for her, it is the cousin of a major international drug dealer who seeks revenge on her, her partner, as well as the departmental psychiatrist.

Amelia responds the only way she knows how: falling back upon her military training to keep her ward safe while the situation is being resolved. The whole while, she is battling her own inner demons, fighting with herself to keep them at bay, nearly tearing herself apart.

I loved Leaving Afghanistan Behind. This book is so moving. What life is really like for military and the family they leave behind. Loved it.