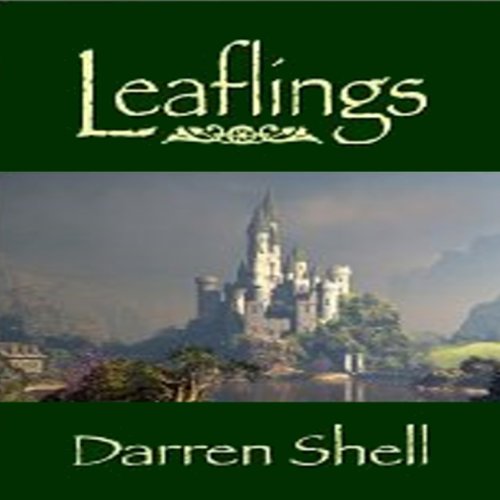 Leaflings... A wonderful trilogy tale about the tiny leafy stick-like creatures of the forest. In the medieval times when trolls and wizards still lurked near the cities of man, cozy castles and monasteries stood tall to war and treachery. From the creepy halls of Stone Castle, to the hidden caverns behind the rippling Mirare' Falls, the Leaflings help mankind fight the many battles to save the inland city of Cobblestone and the very simplistic lifestyle the Leaflings lead.

Warriors, Castle Ravens, and kind-hearted monks all fight for Cobblestone and for the Leafling realm of Tal Kator. Eerie and foreboding rhymes foretell much of Cobblestone's future and the cities of man and beast will be forced to endure the outcome of what was once written in the Prophesy Rhymes of old.

About the author: Darren Shell lives and works at his family-run marina on Dale Hollow Lake in middle Tennessee. He has written a number of books in both fiction and nonfiction. His stories and lectures about the lake and local history have gained him the title of "Gravedigger" in surrounding communities. Most days you can find him at the marina...if he's not out "digging".