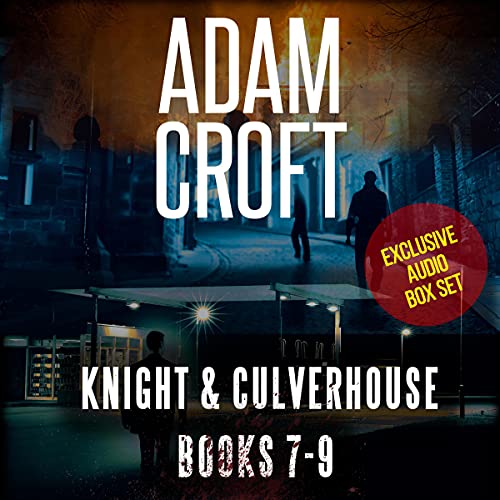 The blockbusting, best-selling crime series with more than 250,000 copies sold around the world

Eleven years ago. A bungled armed robbery led by career criminal Freddie Galloway leaves a police officer shot in the face, fighting for his life.

Present day. The shooter is released from prison, hell bent on revenge. That night, Freddie Galloway leaps to his death to escape a blazing inferno in his country mansion.

With arson confirmed as the cause of the fire, Mildenheath CID are left battling a web of lies as they delve deep into the dark underbelly of Mildenheath's criminal underworld.

But what they discover will be enough to shock them to the core.

Two dead bodies are found buried beneath undergrowth just outside Mildenheath. The race is on to uncover their identities and catch their killers.

When two young men tell police they’ve escaped with their lives from a local brothel where they were kept as male prostitutes, DCI Jack Culverhouse and DS Wendy Knight are left facing a case like no other before.

But as their investigation into the people traffickers and kidnappers gets deeper, they realize the ringleaders will stop at nothing to evade justice.

A series of armed robberies on local petrol stations leaves Mildenheath CID chasing their tails. But things are about to get a whole lot worse.

When an elderly woman is killed during an armed raid on her jewellery shop, Knight and Culverhouse realise one of their own is involved - a police officer.

With the future of Mildenheath CID at stake and the lives of their loved ones under threat, time is running out - fast.

As they begin to investigate the web of corruption, they discover just how deep it runs - and how close to home. But are they prepared for the truth?

Adam Croft is the USA Today and worldwide Amazon number-one best seller of crime and psychological thrillers, with more than one million books sold to date.