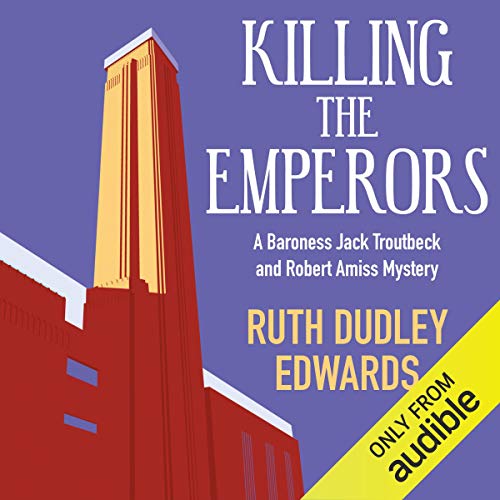 The outrageous and irrepressible Baroness (Ida 'Jack') Troutbeck, Mistress of St Martha's, has another cultural battle to win against the British Establishment: this time, against the horror of modern art, as demonstrated by the likes of Tracey Emin and Damien Hirst. But shortly after she enthusiastically announces this war to her close friends, Baroness Troutbeck is kidnapped. Panic spreads throughout the London art world when they realise nine more victims are missing, including a corrupted art critic and the famed curator Sir Henry Fortune.

Could the perpetrator be a traditionalist with a grudge against contemporary art? Or perhaps the violent Russian billionaire Oleg Sarkovsky, an ex-protégé the Baroness insulted? As the art world, press and police all gleefully predict who might be next, Baroness Troutbeck's sidekick Robert Amiss and other loyal friends must work with Scotland Yard to find her. But can they reach her in time?

I enjoyed this very much. Bill Wallis gives a brilliant performance. Despite lockdown blues this had me grinning several times. Lady Jack is her wonderfully trenchant self about modern art .