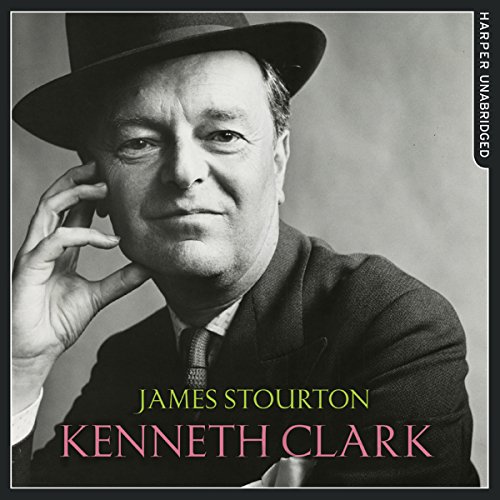 "A treasure...best of all are the author's personal asides on builders and those who inspired them." ( The Economist)
"Stourton writes elegantly and absorbingly." ( The Times)
"A fascinating and witty tour." ( The Economist)
"Deceptively simple. Idiosyncratic and amusing, he makes you see everything in a new light." ( Tablet)

The biography of the popular British author, broadcaster and highly influential art historian who, in 1969, achieved international acclaim as the writer, producer, and presenter of the BBC Television series Civilisation.

Kenneth Clark was the grandest figure in the arts in Britain in the 20th century. Museum director, patron, pioneer of television, cultural panjandrum, he effortlessly dominated the art world for over half a century. Clark belonged to that stratum of society that used to be called "the top people" and was befriended by both the Queen Mother and Winston Churchill. His closest friendships, however, were amongst writers and artists, men such as John Betjeman, Graham Sutherland, Henry Moore and John Piper. A singular youth and then a trusted patrician, no voice has exercised so much power and influence over the arts in Britain.

Telling this story of one of the great 20th-century lives, James Stourton's biography is a comprehensive view of the arts during the 20th century.

If you enjoyed the the K Clark autobiographies and the Secrest biography, you'll also enjoy this.

A formidable champion of the arts.

A wonderfully engaging account of the life and times of the prodigiously talented Kenneth Clark, art historian, author, TV star and unwilling man-about town, whose pronouncements on art in all its many guises drew instant attention from every quarter. His meteoric career was remarkable; no less remarkable was his serial womanising and complicated home life.

I would certainly listen to this again, except that I was extremely irritated by the reader: overly emphatic and with an inability to pronounce the word 'to'. It was 'ta' every time. We even had 'ta-day.' That said, I liked the way Jot Davies did the different voices, they sounded authentic.