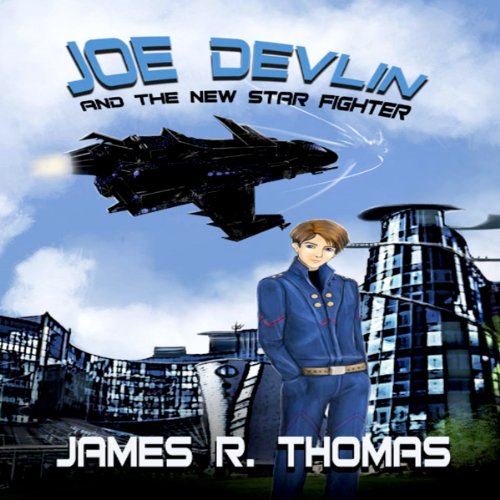 From the right side of Nelson's Star Fighter there was an eruption of cannon fire. A Tourian War vessel had him in its sights. A dozen rounds hit the fuel tanks on Nelson's left wing and smoke started to come from the engine.

Joe Devlin has started his first year at the Space Academy and nothing has gone his way. His father's heroics in the Tri-Sun War are legendary and Joe has plans to follow in his father's footsteps to be a Star Fighter. While his father is deployed to the war, can Joe measure up to the task at hand? With the town in smoke, Joe better find out if he can fix what he messed up before his father discovers his secret.

A story about a cadet in a major "starfighter' academy. It is less than 2 hours long, but very enjoyable.

Nepotism at its finest!

While this book is geared towards younger readers, I feel it sends the wrong message. That message being you can shirk your responsibilities, brake the rules, endanger otehr people and still get what you want as long as your daddy is a war hero.

Our hero Joe Devlin joins the academy, wanting to follow in his father's footsteps as a Star Fighter pilot. Early on in the book he is told he can either become an Aircrew Cadet or a Navigation Cadet. He argues, with a full Commander. As a favor because of who his father is, Joe is told the reason he cannot become an Star Fighter Cadet, namely that his performance in the career examinations were not sufficient to qualify him for a position as a Star Fighter Cadet.

Instead of accepting this with some level of maturity, Joe sulks and fails to apply himself to his course work as a Navigation Cadet. You can imagine what happens during his first real simulator practice with the boy who he doesn't like and who is a Star Fighter Cadet. Upset at his poor performance, Joe sneaks in after hours to prove that his performance would have been better if he'd been the Star Fighter pilot. He's caught of course but instead of being expelled as the rules state he would, he's given detention.

This sets the pattern for the rest of the book. Joe sulks, decides he has to do something to prove that he should be a Star Fighter Cadet, screws up but then is given a pass. While this happens in the real world, it's not a positive message for kids. Yeah I get that this is supposed to be an adventure but Hero's should be decent and hardworking and nto lean on their dad's heroic reputation to get what they feel they deserve simply because they are the son of the hero.