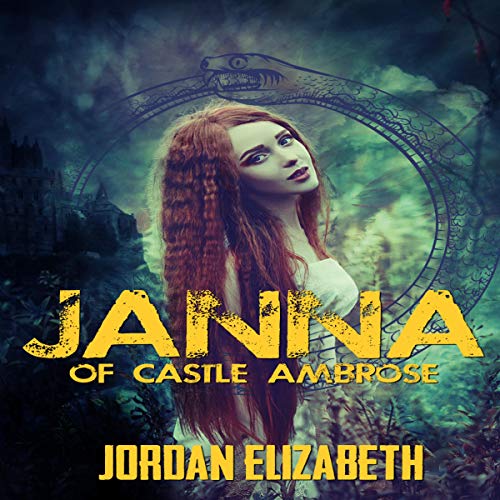 When I was a child, the usurper invaded my country. My family died in front of me and left Castle Ambrose in tatters. Since then, the usurper has ruled over Hamlin, and I’ve wanted nothing more than to see him dead.

Life at Castle Ambrose isn’t all bad for Janna. She has a secret - she can communicate with the sea serpent living in the loch. When merchants visit Castle Ambrose, Janna hears that the earl of Ambrose’s sons are still alive but imprisoned. If she can free them, they can round up rebels from across Hamlin and rid themselves of the filthy usurper.

Civil war churns on the horizon, but Janna’s loyalties waver. The sea serpents can destroy the enemy’s ships...and Janna must decide who that enemy is.

I loved watching Janna’s vision of herself grew. I hated how she was treated so poorly by everyone including her mother but was able to fight through all of the negative and become an amazing powerful lady.

Loved this audio book. Janas character is a very strong character. Loved the adventure this book took me. Even if I wanted to shove the Mom out of the book. Haha. Narrator did a wonderful job bringing the book to life.

I loved the story and the concept but the narration was not really great for the story. I don't know if she is a new narrator but I feel she needs a bit more experience under her belt.

The story itself was amazing and I loved the characters. The author had a good way with words and I will be locating the second book in this series

I really enjoyed the story with the characters views being challenged as the story progressed.
some concepts put this in the older or more mature teen category.

The narrator was painful. every sentence was a stand alone statement. her reading style had no flow.
it was okay when I was destracted but as soon as it had my attention again it was frustrating.