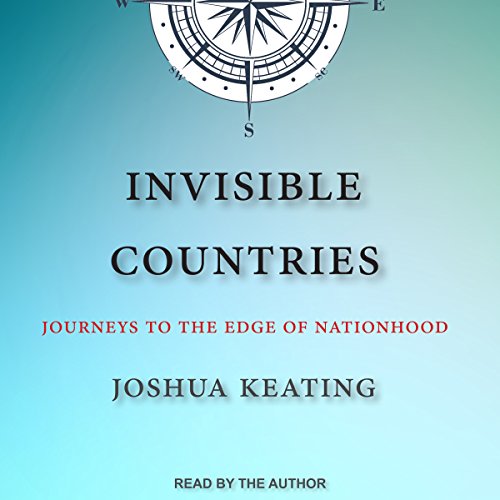 What is a country? While certain basic tenets - such as the clear demarcation of a country's borders, and the acknowledgment of its sovereignty by other countries and by international governing bodies like the United Nations - seem applicable, journalist Joshua Keating's book explores exceptions to these rules, including "breakaway", "semi-autonomous", or "self-proclaimed" countries such as Abkhazia, Kurdistan, Somaliland, a Mohawk reservation straddling the US-Canada border, and an island nation whose very existence is threatened by climate change.

Through stories about these countries' efforts at self-determination, as well as their respective challenges, Keating reveals that there is no universal legal authority determining what we consider a country. He argues that although our current world map appears fairly static, economic, cultural, and environmental forces in the places he describes may spark change. Keating ably bridges history with incisive and sympathetic observations drawn from his travel and personal interviews with residents, political leaders, and scholars in each of these countries.

This wonderful book is great for fundamentally changing your awareness of nationhood and citizenship. So many of the questions about how we define a country, who gets to decide what a country is, and how countries disappear are things that I've never considered, and have always taken for granted. Keating does a wonderful job of framing what consequences people of indeterminate citizenship sometimes face. Well-read and full of facts to impress your friends, Invisible Countries is a great pick for anyone who wants an in-depth take on some of the most marginalized people and places.