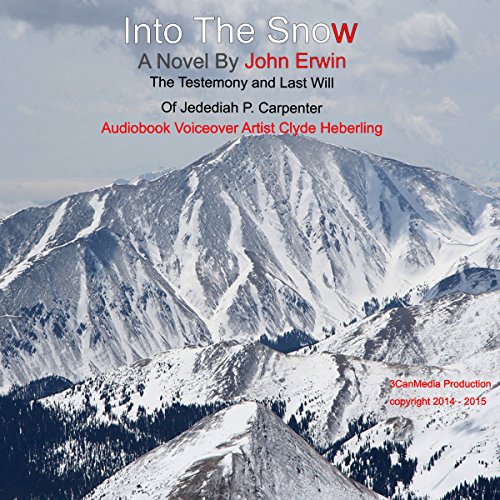 In the summer of 1858, young Jedediah P. Carpenter finds himself orphaned and alone on the Oregon trail in the middle of Nebraska Territory. He also finds himself smitten with the beautiful Emma Cooper, three years his senior, who has ridden off into the morning sunrise with the despicable Zeke Jones.

Jed's will to reach his family's original destination in Oregon is hampered by his lack of survival skills and the specter of the oncoming winter. Through an unlikely true friendship with a wandering Arapaho, Pete Scares-the-Ponies, Jedediah learns and hones those skills.

Instead of heading for Oregon, though, Jed finds himself in a little mining camp called Buckskin Joe in the early days of the great Pikes Peak gold rush. His whole life takes a turn when the mysterious "Silverheels" comes to town, and he experiences a love that will carry him through 50 years of solitude and beyond... the kind of love we all seek.

Jedediah's story will draw you into the breathtaking beauty of the Rocky Mountains in the early days of the territory that became the state of Colorado. Along the way, you'll experience joy, sorrow, love, and adventure in this fictional explanation of the naming of one of Colorado's prominent mountains, Mount Silverheels.

Into the Snow: The Testimony and Last Will of Jedediah P. Carpenterに寄せられたリスナーの声