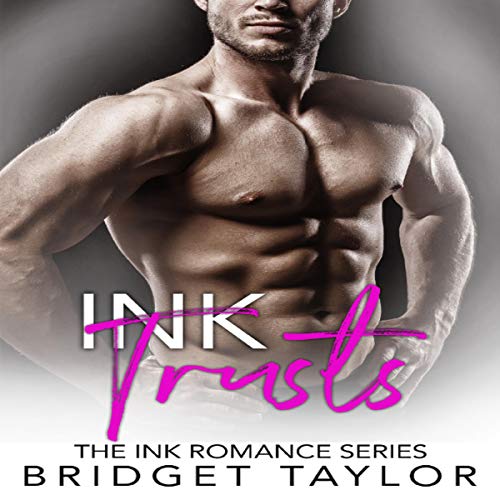 This is Book 4 of the Series - Ink Trusts.

Leslie was slowly healing from her fear that Chase was lurking in the shadows. Nightmares and panic attacks would have eaten her alive if it wasn’t for Kane. He was being the friend she needed, but not the lover she wanted. She wanted Kane to replace the tainted touches Chase left behind, but Kane wanted to earn her trust by being what she needed not what she wanted.

After life slows down, it would only make since for something else to wreck in their lives. When Kane realizes he had a brother from his Dad’s affair, his whole world turned upside down. He finally felt as if he wasn’t alone anymore, and he swore to himself he was going to do everything he could to protect what was his.

When a threat from his brother’s past makes itself known, can Kane live up to his promise to protect? Or will his effort to earn Leslie’s and Evan’s trust break?

First I’ll preface this review by saying that I really enjoyed listening on this audiobook, the narrator did a fantastic job.There were parts of the story that had me hooked.It was a fantastic romance audiobook! Low on angst, with the right touch of sexy and full of just enough emotion to pull you in, you can’t help but fall with the characters.

i really enjoyed this audiobook

This was the type of book that I curl up with in bed and get lost in.The characters were strong and vulnerable.I liked the story and the characters and the settings. Usually I get really annoyed when a character doesn't want to fall in love, but this time I thought the author did a good job of making it not annoying. The ending was a bit too convenient and contrived,but overall I did enjoy the book.

This was a great story.

This book has some very sexy scenes. You will find laughter, love, sweet little girls, sexy alphas, brave heroines and a little suspense in this audio book. This is another amazing hit by this author.A heart-pounding, unputdownable story that will keep you up at night until you finish it!

This book touched my heart.

I really liked this book series and look forward for more. This series will have your heart in knots! The stories are endearing and emotional.It was definitely not what I expected, in a good way. I love how sarcastic and comical the narrator is.I like everything this author writes, she know what I like to listen.