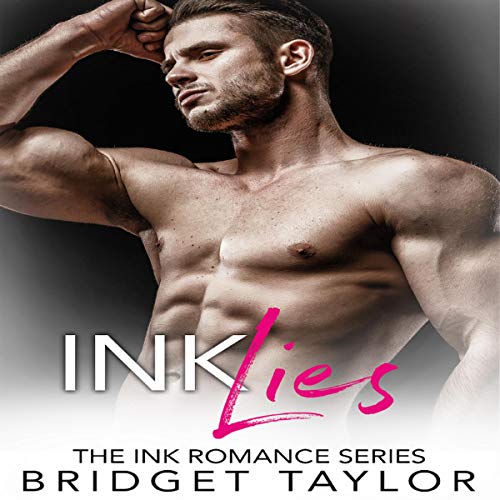 This is Book 2 of the Series Ink Lies.

What lies beneath the ink?

Kane's exterior is tough like armor, but the one person that penetrates it most is Leslie Benton. The amount of effort he puts in to keep her away doesn't matter - she quickly has chipped away at his walls. When Leslie's stalker reveals his true nature and Kane's enemy comes to seek revenge, can Kane fully give himself over to Leslie instead of the broken man he has become?

Leslie is afraid she is doomed. Once again, she put herself in the position to be shattered again. She exhausts herself trying to replace Kane, but no one has lived up to the feeling her body gets whenever she is around Kane Bridgeshaw. When she needs him most, not just some of him, but all of him, can he be the man she needs him to be?

Or is she doomed for a life with a shattered heart?

Another great book in the series!

Absolutely loved this story, it dug out all the emotions from me.This series has kept my interest because the story tells real life drama. Your characters are genuine and full of live. There fears are some all people can relate too.Another fabulous story by Bridget Taylor.

I was very impressed in this series

This was a great start to what is clearly a new series, by the amount of individual characters introduced. It’s glitzy, fun, sexy, slightly dangerous, and surprisingly heartfelt.This story surprised me with the action, intrigue, and heartfelt connection between the characters. I was very impressed with how simply and effortlessly this author told this addicting, multi-layered story with well-developed world building and great characters and still manage to make romance feel so fresh!

This book was so awesome! First of all, I adored the characters.This book ran me through a gamut of emotions and had a lot going on. I wasn't always sold on going back to what had happened in the past but doing so was integral to understanding the story. There is plenty of steam, legal maneuvers, dysfunctional family dynamics, danger and love. I highly recommend this suspenseful romance.

Loved listening to this as an audio book. Loved the story & and was a great listen. I really enjoyed this book from beginning to end.This was one of the most captivating, and enthralling books I have ever listen!

Awesome book - Definitely worth it!`

What an amazing ride! This was an excellent coming together of two very different individuals from two very different worlds. This story also proves that everyone deserves to find their happiness and follow it. Not all romance have to be heavy on the sexual content the emotional turmoil is just as satisfying Author Bridget Taylor delivered in this story.

This is a love story you don't want to miss.

I absolutely loved this book it had a great storyline. This was such a comforting and heartwarming to listen. It has its moments of suspense but even in those times, you will keep a smile on your face. I found myself going to work and just wanting to come home and listened on it instead. All in all, this was a story that entertained me more than I expected.

A surprisingly good and heart-warming romance

I enjoyed listening on this audio book.I really like romance book so i decided to listen on this audible , i found it very entertaining.The characters were well rounded and thought out. Their actions and motivations are believable.This book was adorable filled with romance a little bit of coming to terms and new beginnings. It made me feel warm happy.