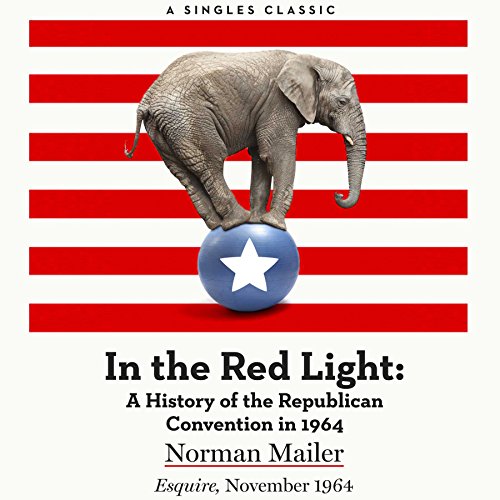 There was entertainment at the Republican Gala on Sunday night. The climax was a full marching band of bagpipers. They must have been hired for the week since one kept hearing them on the following days, and at all odd times, heard them even in my hotel room at four am for a few were marching in the streets of San Francisco, sounding through the night, giving off the barbaric evocation of the Scots, all valor, wrath, firmitude, and treachery - the wild complete treachery of the Scots finding its way into the sound of the pipes. They were a warning of the fever in the heart of the Wasp.

In the summer of 1964, Esquire sent celebrated writer Norman Mailer to San Francisco to cover the Republican National Convention, where ultra-conservative Senator Barry Goldwater of Arizona was expected to take the Presidential nomination. Acerbic, unrelenting, and as sweeping in scope as it is deep in examination, In the Red Light firmly establishes Mailer as the leading literary social critic of his time - and, perhaps, of any time.

In the Red Light was originally published in Esquire, November 1964.