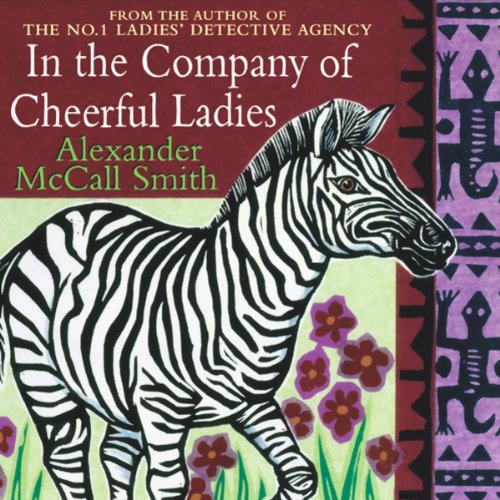 "A rare pleasure." ( Daily Telegraph)
"One of the most entrancing literary treats of many a year." ( Wall Street Journal)
"A strong, independent, and endearing model for contemporary women anywhere...A crowded fictional genre will have to make room for Precious Ramotswe. In the best sense possible, she's a heavyweight." ( Boston Globe)

Winner of the British Book Awards, Author of the Year, 2004.
Winner of the CWA Dagger in the Library Award, 2004.

Precious Ramotswe, that cheerful Botswanan private investigator of 'traditional build', is now married to Mr J.L.B. Matekoni of Tlokweng Road Speedy Motors. The Agency is busy, but Mma Ramotswe cannot ignore the plea made by a woman who comes to her with a tale of particular misfortune.

Unfortunately, her attempts to help are interrupted by a close encounter between her tiny white van and a bicycle, and by a spectacular disagreement between her assistant, Mma Makutsi, and one of the apprentices at the garage. This apprentice has found a fancy girlfriend who drives a Mercedes-Benz. How can he be rescued from his folly?

As for Mma Makutsi, she has found a dancing class, and a man who may not be able to dance very well, but who admires her greatly. And all of this happens against a background of quiet sessions of bush tea, and of a land that stretches out forever under mile upon mile of empty sky.

In the Company of Cheerful Ladiesに寄せられたリスナーの声

Alexander McCall-Smith writes beautifully about what it means to be a Motswana, an African, and a human being....perhaps not in this order. An evocative story.

I'm currently listening and reading the full series. I downloaded this from Amazon. I was pleasantly surprised with the incidental music and how it added to the story. Would prefer that the audio chapters matched the book which would make it easier to locate your position. Story as always very engrossing

Great book, good story but chapters should be much shorter, broken by each musical interlude

loved this book in the series and narrator is amazing as always ! would definitely recommend.