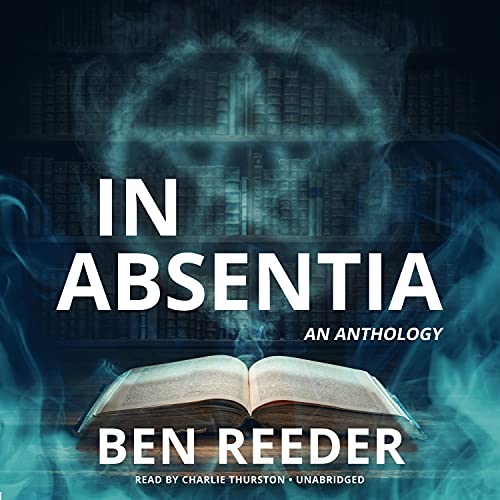 Chance Fortunato may be away at boarding school, but the bad guys haven’t gone anywhere, and they certainly haven’t changed their ways. It falls to Chance’s friends to pick up the slack.

In Mage Enough, Lucas is confronted with the consequences of helping Chance during an earlier adventure and must delve into the vampire subculture of New Essex in order to find a missing priest. As he uncovers another, greater threat, he also discovers that he’s capable of far more than he ever thought possible.

In Freedom, Shade learns that there is much more to the world behind the Veil than she ever suspected. When Lucas shows up needing her help for a newfound friend, she’s more than willing to assist. But they quickly discover that he’s taken something that the vampires will go to any lengths to get back. In trying to keep those around her safe, she will discover what it truly means to live free, and how far she’ll go to safeguard that right.

In Those Who Can, Dr. Corwyn discovers how far the conspiracy Lucas and Shade have uncovered goes, and how much the Conclave doesn’t know. Drafted back into a role he had given up years ago, he must figure out how the Sentinels have changed over the years, and if he can do the job now. As he struggles to find his way in his old/new role, he finds an even bigger conspiracy and the hint of something familiar.

Fantastic book series, I really hope that there are more stories in the series to come. I haven’t been so excited for a book series in a really long time, well done to the author, thank goodness it is on audiobook because that’s the only way that I can enjoy any literature anymore. As a blind person audiobooks are sort of my life.

Worth it if free

This was book 4.5 and addressed what happened while the MC was off at school. Every chapter was about the supporting characters. It's much like most of the other books and the only thing I found fairly annoying was that The narrator used the same voice for the MC as he did for Lucas.

not the ending of the series

Struggle to finish it didn't seem to end or extend book series. disappointing but a decent listen.

Seeing things from others' perspectives was interesting and was just as good as every other book. Should have checked to see where to read this one in the series beforehand but still an amazing read.

Ben Reeder continues to amaze me with the artful way he writes his stories.

I wish it would have been a little bit longer and more informative but great for a .5 book

A neat way to add another book

I have been wondering if this series should be over more than once. Ben comes up with a good book and then the next one just doesn't stack up. This was a neat change of pace by not using the normal MC in the book at all, and covering the rest of the world from a different point of view.

Well done, but it is only 3 hours, so if you get it free or cheap it is worth it. Even if it isn't, if you made it this far it is a nice ending.

Three short stories with Lukas, Shade & Dr Corwin while chance is away at from New Essex during book 4 (Charm School).

Gives the much-needed origin story for Monica aka Chastity from Lukas’ perspective which you will want before reading book 5 (Prom Knight).

This should be read before prom knight but it fills in a lot of info. Really enjoyed the world building