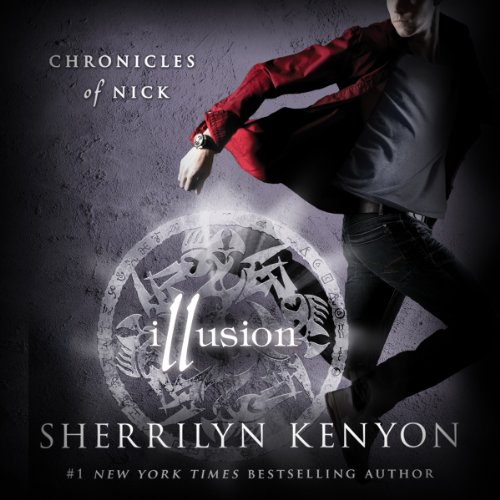 Be careful what you wish for…you just might get it.

Nick Gautier is tired of his destiny. He doesn’t want to be the son of a demon who’s fated to end the world. Nor does he want to see another demon or other preternatural creature who wants to kill or enslave him. He just wants to be normal and have normal problems like everyone else.

But normality isn’t all it’s cracked up to be. When he gets sucked into an alternate reality where his mother has married his mentor and his Atlantean god best friend has become a human geek, he begins to understand that no life is free of pain, and that every person has a specific place in the universe…even the son of a hated demon. Most of all, he sees that his powers aren’t the curse he thought they were, and that the world needs a champion, especially one its enemies can’t imagine rising up to defend the ones he should destroy.

Old enemies and new friends square off for a major battle that will either restore Nick to his real world, or end him forever.

We have now entered the Twilight Zone.

I wasn't sure I was going to like this book very much after the ending of the last book, so it took me awhile to listen to this book. I'm glad I did, Illusion was much better than I had anticipated. I think I'm starting to get a better picture of how SK is going to bring about combining the Dark Hunter series to the CON series in the future. I have my theories after this book. I'm also warming up to Kody, I haven't overly liked her in the previous stories. There are also some cool new characters that I'm excited about and hope they end up with their own book, preferably an adult genre instead of a YA genre. My favorite line form this book is "There is a reason why there is only a stairway to heaven when there is an entire highway to hell." Narrator is awesome as usual.

Can't wait for the next one!

If you could sum up Illusion in three words, what would they be?

I was thinking that this story would be the final one to bridge the gap between these books and the adult series. But Sherrilyn took me in a different direction with this one - unexpected. Actually, I enjoy all the Chronicles of Nick series of books - but by far - this was my favorite...maybe because I am connecting characters, but nicely done Sherrilyn Kenyon. Ok, when is the next book coming out??

Love his voice :)I also enjoy the variations in voices to distinguish characters. He has spoiled me against other narrators that cannot achieve that distinction.

Made me laugh. I felt on the edge of my seat to see how all this [the storylines] are connected. However, when I reached the end and left me with a cliffhanger...my mouth dropped open - "How could you?! I want to know what happens next!" lol

Waiting with baited breathe for the next book.

Much, MUCH better than Book 4

Where does Illusion rank among all the audiobooks you’ve listened to so far?

Fairly low overall, just because I do not fit the target audience.

What was one of the most memorable moments of Illusion?

Nick interacting with his father, Adarian.

Great voice and great narration, but probably his voice for Acheron is what I like the best!

I really struggle with enjoying books in the YA genre. I am a die-hard Dark/Dream Hunter fan and have followed this series because of that. I enjoyed books 1-3, hated book 4, but SK has redeemed herself with book 5. It is still of course very YA, but I did not feel like I was being lectured by my mother for a straight 10 hours like book 4 did. It was only the last chapter that felt like a mother's lecture. I was glad to see a lot of characters from the DH series in this book, and that is what truly made it great. I am really interested to see how this series and the changes in Nick's life will play out for the DH series.

holter graham knocks it out of the park once again! he's the perfect voice tk sherrilyns characters

What a fantastic addition to the series illusion was. It started with the ending of the previous book and it was so funny, actually I was at the office and couldn't stop myself from laughing throughout this book... Nick Nick Nick... it feels like you can't get a break . Characters get developed here and Nick gets to know so much and shows what he can do. New characters get added to the series, interesting ones as well.

My favourite chapters in Illusion were the ones were Nick and Acheron chat, so funny!!!!

And in every addition to this series I get so convinced that Holter Graham is a gooood narrator. He really did a great job with this book as the rest too.

Looking forward to the next book. Things will get more and more interesting now.

Sherrilyn has created a Nice twist on a good story line. It will be interesting how she develops the story line of Nick and Ash and how they will interact

Concerned the Narrator had a stroke.

While it's a typical Nick story, with plot and characters. It's hard to get past the narrator slurring throughout the whole book. I can not tell if he's having a stroke (if so, someone get him some help!). Or going through a bad breakup and can't get off the bottle. You'd think that quality control would nix this drunk sounding version.
Honestly. I have heard A lot of stuff, read by this same guy, and I just can't get over how awful this is.
Save yourself. Just read the book. The narration will ruin it.

I can't get enough of Holter Graham!

Have you listened to any of Holter Graham’s other performances before? How does this one compare?

I have listened to about a dozen of his books all in the same series. He is the best!

Yep! I am a sucker for any Dark Hunter/ Dream Hunter/ Chronicles of Nick book.

I'm loving this series and can't wait for the next book! The author and the narrator are a magical team! With that being said..it seemed like Holter's character voices were different with this book than in the previous books. When I first started this last book, I thought it was a new narrator and had to check the details...maybe it's just me? Anyway...I love the books! The story is great and the narrator breathes life into the characters! I highly recommend listening to this series even if you haven't read/listened to the other dark hunter books yet.

Chronicles of Nick has turned into a great series!

What made the experience of listening to Illusion the most enjoyable?

This series started off a little faulty to me, but since the third book I can't seem to get enough. If you like dark stories (Paranormal) that have an underlining message of hope, then you can't go wrong with the Chronicles of Nick. Just beware it contains cursing and dark arts. I can't wait for the next book!!