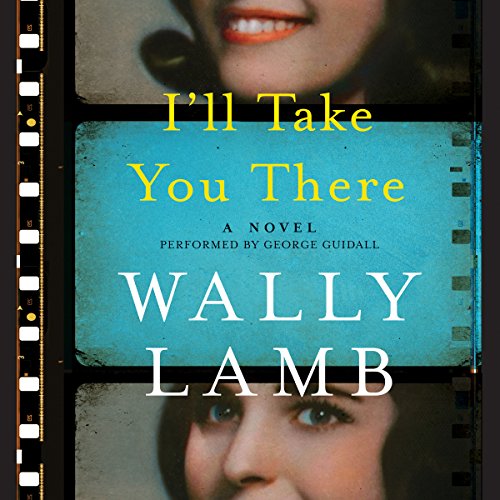 New York Times best-selling author Wally Lamb weaves an evocative, deeply affecting tapestry of one baby boomer's life - Felix Funicello, introduced in Wishin' and Hopin' - and the trio of unforgettable women who have changed it in this radiant homage to the resiliency, strength, and power of women.

I'll Take You There centers on Felix, a film scholar who runs a Monday night movie club in what was once a vaudeville theater. One evening, while setting up a film in the projectionist booth, he's confronted by the ghost of Lois Weber, a trailblazing motion picture director from Hollywood's silent film era. Lois invites Felix to revisit - and in some cases relive - scenes from his past as they are projected onto the cinema's big screen.

In these magical movies, the medium of film becomes the lens for Felix to reflect on the women who profoundly impacted his life. There's his daughter, Aliza, a Gen Y writer for New York Magazine who is trying to align her postmodern feminist beliefs with her lofty career ambitions; his sister, Frances, with whom he once shared a complicated bond of kindness and cruelty; and Verna, a fiery would-be contender for the 1951 Miss Rheingold competition, a beauty contest sponsored by a Brooklyn-based beer manufacturer that became a marketing phenomenon for two decades. At first unnerved by these ethereal apparitions, Felix comes to look forward to his encounters with Lois, who is later joined by the spirits of other celluloid muses.

Against the backdrop of a kaleidoscopic convergence of politics and pop culture, family secrets, and Hollywood iconography, Felix gains an enlightened understanding of the pressures and trials of the women closest to him and of the feminine ideals and feminist realities that all women of every era must face.

I've liked every Wally Lamb book I've read until this one. It seemed like a paint-by-number diatribe on feminism and family issues from the 50's and 60's created for the YA audience. It just didn't strike a chord with me at all. Not like his prior books have done.

In brief: Felix Funicello (cousin to Annette Funicello) is a divorced father of a daughter professor at a local college who teaches about al things cinematic. He is a 60 year old Baby Boomer who relives bits and pieces of his life via film -- which was supposed to aggregate into a story.

It is hard to write a review without spoilers -- so perhaps I should stop there. . . but I must say that Lamb threw everything he could into this one; without focusing on anything in particular to create endearing characters or a story line that grabs mature readers. The feminism angle was just too basic -- nothing we haven't already figured out in the last 40 years.

As the book very quickly came to a close I couldn't believe that Lamb wasn't going to fill out at least some of the gaps and holes he had left in Felix's life story -- not to mention the huge omissions in the life of his daughter, sisters, mother and ex-wife.

Ultimately, maybe this was Lamb's quasi-fictional personal history/memoir. But he wasted a story with some pretty good potential. If only he had dug deeper.

This is a good one - just what you want and expect from Wally Lamb; a nice long listen to lose yourself in for a long while. The characters are memorable and so are the situations. It has a plot that doesn't quit and his references are great. For my money perhaps he doesn't deliver as strongly as he might have on the promise of Lois Weber, but just the fact that he knows who she is wins him points with me.

Another Wally Lamb book that did not disappoint

This author just pulls you in and makes you fall in love with each character. I didn't want this book to end.

Loved it. Narrator great and I love Wally Lamb. Can't wait to share with stepmother on audio disc!

...in fact, when considering the greatness that is Wally Lamb, who set the bare extremely high with works like "she's come undone" and "I know this much is true" this might have actually been his worst so far, that's not to say it was a bad book but I was expecting more.

I was really looking forward to this book when I heard it was out because Wally Lamb has been one of my favorite authors since I read "she's come undone" when I was 15 years old, and have since read, and loved, every single book he's come out with since, including the composition of short stories written by inmates at a women's prison where Lamb taught a writing class. I think he's an amazing, often under appreciated, talent and one of the best writers of our time. This new book just didn't do him justice although it was very well written it seemed more like a novella than an actual novel and I would have liked it to have been at least twice the length with a more developed plot. The characters were well thought out, relatable, and complex but I didn't feel as connected or invested in them as I usually become when reading Lamb. Overall I was glad to have read "I'll take you there" and it was certainly worth the short time it took to get from cover to cover and I would recommend to fellow fans of Lamb but to those who haven't read his other works I would highly recommend reading those first because he can do so much better, be so much more powerful of a writer, than one could ever tell from reading this particular novel.

So disappointing. The story was all over the pace, yet went nowhere and the narration was awful. Why so much baby talk ? I’ve enjoyed everything Wally lamb has written in the past. So I was excited to start this and almost as soon as I did I was so confused how one of my favorite authors wrote something so juvenile and disjointed. Stay away from train wreck.

some laughs. I did chuckle during the listen. nodded my head in recognition. it also held my attention to the end. I was held hostage as driver of a car doing an 8 hr straight drive. better than static. kept my mind stimulated enough to keep me awake when I was tired. but when it was over I felt disappointed that I hadn't downloaded something else. more accurate score would be 2.5 stars from me.

Not what I expected from Wally Lamb

I'm no literary genius, but I have read 3 other books by Wally Lamb & this one is nothing like it. The narrator speaking in a child like voice drove me insane! I thought the book was going to be about his daughter, I was wrong.

I love Wally Lamb's writings, but this did not feel complete. Of course I could listen to George Guidall read anything and enjoy it.

Great story packed with interesting and informative facts.
I've bookmarked a ton of passages that I want to learn more about.
I will keep this downloaded just to listen to the last few chapters again and again. Thanks for sharing this book with us Wally Lamb! And George Guidall has a wonderful voice - I listen to all of his books too. Definitely worth a credit!