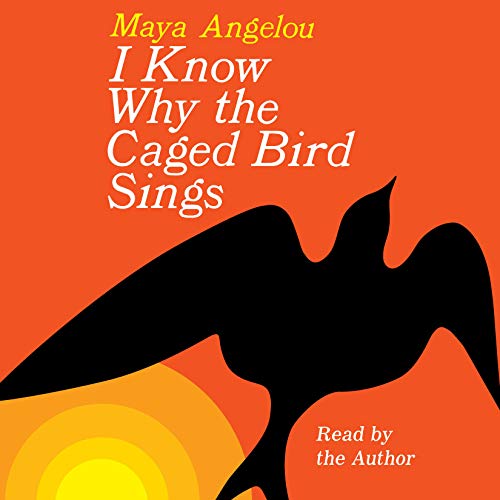 "Simultaneously touching and comic." (The New York Times)
"It is a heroic and beautiful book." (Cleveland Plain Dealer)

A phenomenal number-one best seller that has appeared on The New York Times best-seller list for nearly three years, this memoir traces Maya Angelou's childhood in a small, rural community during the 1930s. Filled with imagery and recollections that point to the dignity and courage of Black men and women, Angelou paints a sometimes disquieting, but always affecting picture of the people, and the times, that touched her life.

I Know Why the Caged Bird Sings (Abridged)に寄せられたリスナーの声

This is not an unabridged version. Having a different narrator bridge portions of the book was a little wierd. There are breaks in the editing that are a bit strange. Angelou has a wonderful voice for this genre, but she seems to rush when you want her to slow down. Her singing voice almost had me singing along with her. This is a beautiful book in its original printed version, but the audio version is lacking something.

The author does an excellent job reading the story. However, the book has been shortened to the point that it is more or less a trailer. Poor job on the publishing/editing end. Too short.

Beautiful but too short

I didn’t see it was the abridged version and I paid full price for it.

As fare as the story goes it is captivating and honorable. Ms. Angelou reading it made me feel like I was experiencing it with her. She was a mountain of a woman and left the world a better place.

This is not the entire book

What would have made I Know Why the Caged Bird Sings better?

I love this book and own it but this audio version, is missing a ton of the book and does me no good. I will request a refund for the audio book as I need the full text of the book by audio. I am bothered by the fact that it was sold without disclosing this information. Huge waste of my time.

Amazing Audiobook! I really enjoyed it.

This story was amazing and even more interesting having it told by the author herself.

Even that much the material is raw and gritty, Angelou delivers the gold standard in memoir, storytelling, and writing.

the narration was somewhat monatone, yet the author was able to give it a good performance. very sad situations, real.

I'll admit I got this because Ms Angelou read it herself.
Stunning story!

So much insight into the woman she became.

Absolutely recommend. Wonderful way to learn of Maya's childhood and entrance to adulthood.

Have you listened to any of Maya Angelou’s other performances before? How does this one compare?

Wanted to and did. So sorry when it ended.

Her voice telling of her early life. Wow!

I appreciated this story..must read more of Maya Angelou's work! Maya was the perfect narrator.