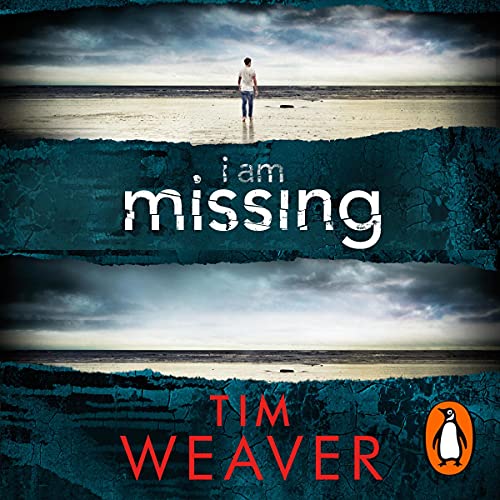 "Tim Weaver writes books so meticulously researched that the reader is educated as well as entertained, enthralled and intrigued. David Raker is a most complex and engaging investigator, each case leaving its mark on his soul, and ours." (Liz Nugent, Sunday Times best-selling author of Lying In Wait)
"Tim Weaver is the rising star of British crime and I Am Missing will haunt your dreams." (Tony Parsons, Sunday Times number one best-selling author of the DC Max Wolfe series)

Penguin presents the audiobook edition of I Am Missing by Tim Weaver. Read by Joe Coen and Charlotte Ritchie, and featuring the author himself.

When a young man wakes up bruised and beaten, with no memory of who he is or where he came from, the press immediately dub him 'The Lost Man'.

Naming himself Richard Kite, he spends the next 10 months desperately trying to find out who he is. But despite media appeals and the efforts of the police, no one knows him.

Richard's last hope may be private investigator David Raker - a seasoned locator of missing people. But Raker has more questions than answers.

Who is Richard Kite?

Why does no one know him?

And what links him to the body of a woman found beside a London railway line two years ago?

Could Richard be responsible for her death - or is he next?

I was gripped by the suspense early on but two thirds into the story I thought it was being excessively drawn out. A concentration on too much unnecessary detail irritated me. I wanted the story to notch up a gear.

l was dissapointed characters from previous books weren't involved at all. A little sterile for me.

I found this book longwinded and confusing, I was really disappointed as such a lot of information seemed to be missing

I am loving this series by Tim Weaver - completed this book in 3 days I just could not put it down!

I have read all the David Raker books so far and thoroughly enjoyed them. This I was not so keen on. A very long winded story, and not very credible. Lots of characters which were a bit confusing. A pity, but I will probably read the next one as I like Tim Weaver.

This one kept me gripped. You can tell when it’s good when you don’t want it to end. Loved it.

Oh Mr Weaver, how do you do it? Here we are, on our eighth adventure with David Raker and yet the story is as fresh as a daisy. I'm going to be brutally honest here; I'm a little bit in love with David. When I first read about him, I was sure I could help him recover from the grief from losing his wife. I imagined all the ways I could help him in his work, how supportive I would be and before long we'd be Mr and Mrs David Raker. Sadly, over the years, I haven't aged as well as David. He's still young-ish and vibrant and I'm....well, I'm not. Instead, David Raker will be on my right when I host my fictional characters dinner party. I think it's obvious that I'm totally invested in Mr Weaver's exceptional creation. This story was particularly clever, with the missing person himself asking David to find him. The concept is so clever and unique, it's impossible not to be filled with admiration for the creative brain that thinks up such an idea. The execution is flawless, from the moment David is on the case, the reader/listener is on the edge of their seat. Joe Coen, Charlotte Ritchie and Tim Weaver himself provide superb narration for this book, which adds to the sheer pleasure one gets from diving into the story. These books are so good, I eke them out and listen when I feel like a deserve a special treat. I Am Missing is an expertly crafted, finely honed, exquisite tale that pulls you in and keeps hold of you tight from the first word to the last. The pleasure is definitely all mine. 13 plus hours of joyful adulation of a master at his craft, whether that master is David Raker or Tim Weaver, I'll leave to you to decide.

This was a really different plot with lots of intrigue and emotion. David doesn’t get quite so many injuries in this one!!!

One of the best

Having been to the Falklands I could identify with the Empress. No more to avoid spoilers , but another evocative and compassionate Raker tale . To anyone who hasn’t read them : read or listen to all the Raker books in order. You are in for a treat ...

Storyline was good but the book could have finished much sooner. Broken heart much better.

If you’re a fan of the TV show The Office, you’ll understand it when I say this story is a script right out of Michael Scarn’s bio. It’s bravado, it’s cheesy and it’s old school detective. I thoroughly enjoyed Charlotte Riches parts though, wonderful voice acting. The rest - meh.

This was one of the best I have listened to.

I listened to this every chance I got.
The story had many twist and turns.

Tim Weaver at his best

a gripping story full off twists and turns at every page turn. I thoroughly enjoyed the performance and suspense. However I think ît is time for David Raker to take a back seat and put his feet up, surely his nine lives are up after this adventure. I can't wait for his next book.