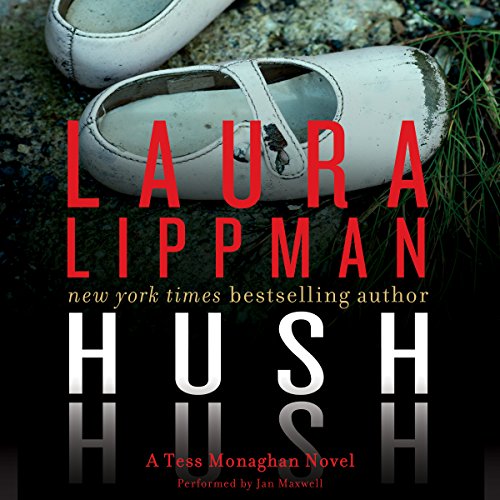 The award-winning New York Times best-selling author of After I’m Gone, The Most Dangerous Thing, I’d Know You Anywhere, and What the Dead Know brings back private detective Tess Monaghan, introduced in the classic Baltimore Blues, in an absorbing mystery that plunges the new parent into a disturbing case involving murder and a manipulative mother.

On a searing August day, Melisandre Harris Dawes committed the unthinkable: She left her two-month-old daughter locked in a car while she sat nearby on the shores of the Patapsco River. Melisandre was found not guilty by reason of criminal insanity, although there was much skepticism about her mental state. Freed, she left the country, her husband, and her two surviving children, determined to start over.

But now Melisandre has returned Baltimore to meet with her estranged teenage daughters and wants to film the reunion for a documentary. The problem is she relinquished custody, and her ex, now remarried, isn't sure he approves.

Now that's she's a mother herself - short on time and patience - Tess Monaghan wants nothing to do with a woman crazy enough to have killed her own child. But her mentor and close friend, Tyner Gray, Melisandre's lawyer, has asked Tess and her new partner, retired Baltimore P.D. homicide detective Sandy Sanchez, to assess Melisandre's security needs.

As a former reporter and private investigator, Tess tries to understand why other people break the rules and the law. Yet the imperious Melisandre is something far different from anyone she's encountered. A decade ago a judge ruled that Melisandre was beyond rational thought. But was she? Tess tries to ignore the discomfort she feels around the confident, manipulative Melisandre. But that gets tricky after Melisandre becomes a prime suspect in a murder.

Yet as her suspicions deepen, Tess realizes that just as she's been scrutinizing Melisandre, a judgmental stalker has been watching her every move as well...

I lost interest several times and found myself not listening and had to rewind.
I liked the narrator but story was not that compelling.

Tess was simply a letdown. The book revolved around maternal anxiety, and "oops" the crime was solved. I have two toddlers and work, I was really looking forward to this story spending more time on the crime(s) than the childcare arrangements. Acknowledge the issue, but a real new aged dad would have taken some time off if he thought mortal danger was involved. Artificial.

I liked this book....no real "grab you by the throat" moments, but all the pieces were neatly tied up which is satisfying. Love Laura Lippmann especially since I live in the area she writes about.

So sad to see my favorite series come to an end

I love Tess Monaghan...as a Baltimore native these books feel so good...as all of her books this was very entertaining..

A little too much 'Carla Scout & Mommy.'

Would you listen to Hush Hush again? Why?

No. Nothing to go back for - particularly when I did not enjoy this performance.

Kitty .. her marriage is being attacked & voicing her concerns would be useless if not destructive.

Please get Linda Emons back.

The latest in the Tess Monaghan series. Tess is dealing with motherhood as much as the crime investigation she is working on. Set in Baltimore like the others in the series, this one touches on a criminal insanity defense of a mother who leaves her child in a hot car as well that mother trying to reunite with the daughters she gave up and the lengths she would go to to reverse that.

What disappointed you about Hush Hush?

The plot was difficult to follow and the narration was very disappointing. I had high hopes that Mrs. Blossom would be a character as the series progressed. I also hoped to read more about Jackie and Lloyd.

Would you ever listen to anything by Laura Lippman again?

Narration by Laura Emond. I did not like the narration at all and was very disappointed.

What character would you cut from Hush Hush?

All the new characters and bring back the old ones that were so much fun -- Mrs. Blossom, Jackie, etc.

I really enjoyed the previous Tess novels, and think it is awkward trying to write about the detective/mother of a young child. Perhaps it's time to skip 20 years into the future and have fun with a plot about a mother/daughter agency.

A little uneven but Laura Lippmann remains a favorite. Hate being told to add letters! I prefer concise re reviews.

If you could sum up Hush Hush in three words, what would they be?
Perils of motherhood.

What was one of the most memorable moments of Hush Hush?
Tess and Carla Scout in the grocery store.

Which character – as performed by Jan Maxwell – was your favorite?
Jan Maxwell is a fine narrator and all of her characters done well.

Was this a book you wanted to listen to all in one sitting?
Yes and I did.

Any additional comments?
I enjoy the maturing of Tess and her life. I worried that Laura Lippman might no longer write Tess Monaghan books when Tess became a mother. Excellent that Tess can be Tess and so much more. #FemaleProtagonist, #DetectiveWithToddler, #TemperTantrumToddler, #tagsgiving,#sweepstakes

They may be far between, but I so enjoy a good Tess Monaghan! My only complaint was being sorry it was over. :(