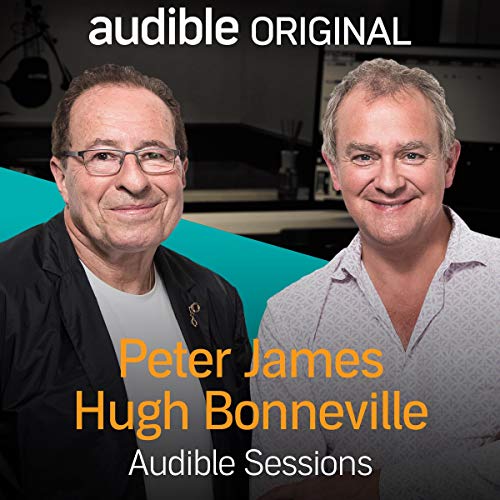 Joining us in the Audible Studios to talk about the thriller Absolute Proof is international best-selling author Peter James and BAFTA nominated British actor Hugh Bonneville.

Peter James is an international best-selling thriller writer with 12 consecutive Sunday Times number ones, responsible for the critically acclaimed Roy Grace thriller series. Hugh Bonneville is a BAFTA, Emmy and Golden Globe nominated actor across both stage and screen, most recognised for his role as Robert Crawley in the ITV drama Downton Abbey and blockbusters such as Paddington and Notting Hill. Bonneville has narrated the audiobook of Peter James’ thriller Absolute Proof.

Peter James and Hugh Bonneville talk to us about Peter’s latest novel to come to audio, collaborating together and how their friendship began.

Absolutely delightful interview & entertaining dialogue. I recommend it for anyone to have a good listen.

Its nice to hear artists chatting way. Narration great too. These are great as the sessions are with artist who have had/have something to push.