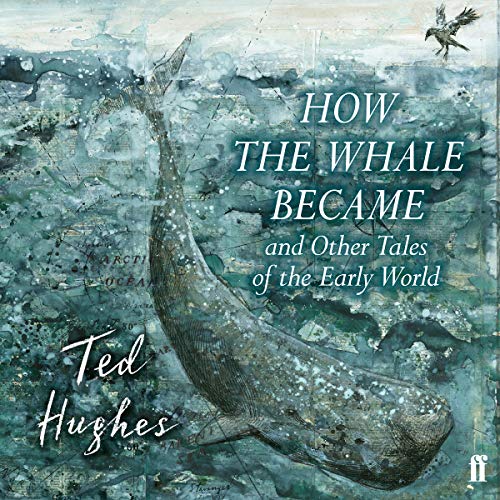 Ted Hughes wrote a series of stories for children from the early 1960s through until 1995 about how the world, and the creatures in it, came into being. They are collected here in one volume for the first time.

These are richly told tales of sparkling intensity about animals finding their forms and God's struggle to understand what he has created.

Meet the Polar Bear whose obsession with her snowy white fur is so great that she can live only in a landscape surrounded by her own reflection; the Whale, growing in God's garden beside the carrots; King Leo, who began life because God was hungry for his sausages; poor Parrot's painful defeat in the marriage song contest at the wedding of Man and Woman; and Sparrow's heroic battle against the bird-swallowing Black Hole.

How the Whale Became and Other Tales of the Early Worldに寄せられたリスナーの声

Not a 'complete' collection

I don't know what goes on at Audible sometimes, but this audiobook does *not* contain all of the Creation Tales as it states in this summery. Ted Hughes wrote at least 32 stories of how the animals became what they are today across three books - 'How The Whale Became', 'Tales of the Early World' and 'The Dreamfighter' - and all of these (barring 5 stories from the latter) were read by Hughes himself.

Here, sadly, we only have 13 of those stories included (with the beautiful transitional music trimmed down to save time) and two of the remaining 5 tales have been narrated by Michael Morpurgo, which makes it jarring somehow when you want to listen to one voice specifically rather than jumping between the two.

If you want to enjoy *all* of Hughes' stories, I suggest buying the printed version to read aloud to yourselves, or to track down the original audio cassettes online. At least until Audible decide to sort themselves out with this...