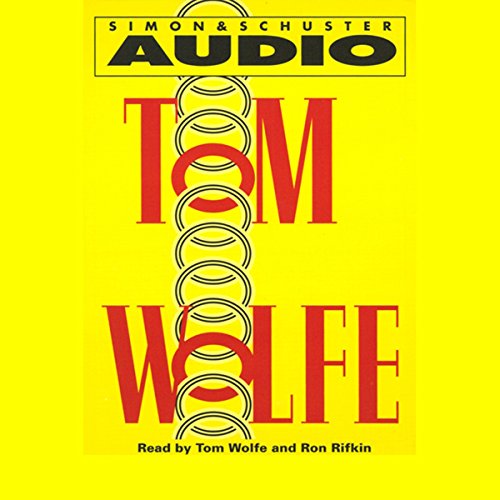 Only yesterday boys and girls spoke of embracing and kissing (necking) as getting to first base. Second base was deep kissing, plus groping and fondling this and that. Third base was oral sex. Home plate was going all the way. That was yesterday. Here in the year 2000 we can forget about necking. Today's boys and girls have never heard of anything that dainty. Today's first base is deep kissing, now known as tonsil hockey, plus groping and fondling this and that. Second base is oral sex. Third base is going all the way. Home plate is learning each other's names. And how rarely our hooked-up boys and girls learn each other's names!

Tom Wolfe ranges from coast to coast, chronicling everything from the sexual manners and mores of teenagers...to fundamental changes in the way human beings now regard themselves, thanks to the hot new fields of genetics and neuroscience...to the reasons why, at the dawn of a new millennium, no one is celebrating the second American Century. Hooking Up is a chronicle of the here and now.

It seems excessive if I say a non-fiction book is gripping - but this one truly is. Almost to the point that I can't wait to finish it so I can start all over again. Wolfe chronicles 20th century events from the development of integrated circuits and NASA to pop-art and graphic design. He talks about American Literature and the effects it has on society and the world. And it is all in a casual, conversational tone that is, at the same time, great writing. So good that it almost sneaks up on the reader.

Wolfe starts from the beginning of the transistor to the development of Intel and possibilities for the future of the communication age. He covers everything from technology to the arts, to current studies of brain imaging and genetic activity. I really enjoyed the entire book.