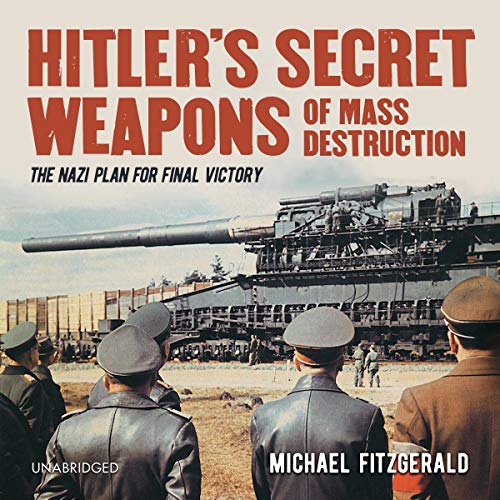 Nazi Germany was driven by a desire to dominate the world and create a new master race. Every aspect of life in the Third Reich was focused on the goal of Aryan supremacy, and science and technology were no exception. Under the Nazis, conventional science and a range of fringes sciences were legitimate areas for research and development.

Unorthodox ideas and projects that were too outrageous for other governments received funding. On the one hand, the Nazis denounced reason and praised what they called "thinking with the blood". On the other, there was a strong modernist wing within the party led by Goering and Goebbels that called for constant new inventions.

During the last six months of the war, it seemed obvious the Germans had been crushingly defeated, but in spite of the military situation, Hitler continued to believe that victory would be achieved. He repeatedly told his advisors and inner circle that Germany possessed Wunderwaffen - miracle weapons - that would turn the tide and give the Germans victory.

This is the story of the weapons that could have won the war: Nazi flying saucers, the V-1 flying bomb, the V-2 rocket, the V-3 heavy gun, as well as the Nazi nuclear program and much besides. Listen to this book, and you'll discover just how close Hitler was to being right about the effectiveness of the weapons at his disposal.

Right. They had microwaves

And atomic bombs
But still lost
Books referenced that are in German
Abs over15 years old. Waste of time