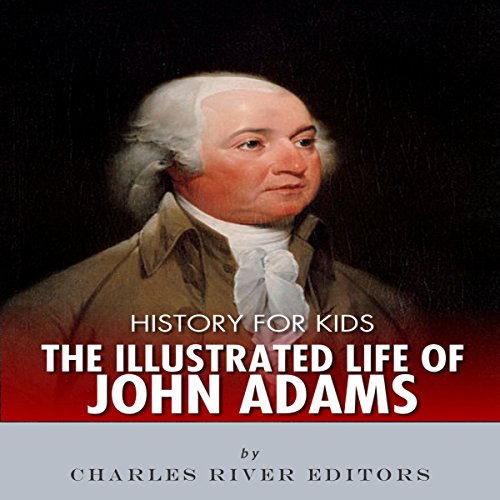 "A Constitution of Government once changed from Freedom, can never be restored. Liberty, once lost, is lost forever.” (John Adams)

In Charles River Editors’ History for Kids series, your children can learn about history’s most important people and events in an easy, entertaining, and educational way. The concise but comprehensive book will keep your kid’s attention all the way to the end.

John Adams has become one of the more popular presidents in history relatively recently, but it was not always so. For most of his life he was seen as a bit of an outsider, different from his fellow first presidents in his temperament, birth, life, and politics. Adams and his son were the only presidents out of the first seven who were born north of the Mason Dixon line, and he was not an easy man to understand or work with. Not only did he have few friends, but he also often fell into long-term quarrels with those he had.

Politically, Adams shared Washington’s preference for Britain as well as his preference of noninterference. However, while he was certainly the more significant man in his work and his governing, he could never seem to move out of Washington’s shadow. Even worse, his presidency was seen as threatening to the very essence of American liberty with the Alien and Sedition Acts, and his loss to Jefferson in 1800 was a repudiation of the Federalists that left Jeffersonians in power until John Quincy Adams was elected in 1824. His presidency is still viewed relatively unfavorably.

History for Kids: The Illustrated Life of John Adamsに寄せられたリスナーの声