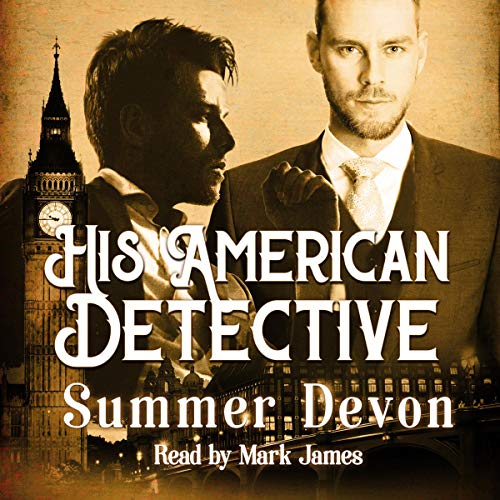 The sole survivor of his family’s gruesome murder years earlier, poor little Ned Lawton has struggled to put the dark events behind him. So, when a brash New York detective darkens his doorway demanding an interview, the wealthy young gentleman immediately shuts him out. But a rash of murders in America are mirroring of the London killings, and Patrick Kelly knows Ned might be the key to stopping the bloodshed.

Lawton, now called Edmund Sloan, is a wealthy young gentleman and philanthropist. He’s spent most of his life pushing all memories of his old family and that horrific day from his thoughts. Now, a brash, provocative American detective insists he dredge up the past.

Together, Patrick and the unwilling Edmund must uncover the truth of the murders before the killer strikes again, whether it is in New York or London.

As they hunt down secrets from his past, Edmund can’t hide his other secret from the sharp-eyed detective: the attraction he feels for men and the enticing Patrick, in particular.

I loved it. The mystery was intriguing and interesting, but the growing love story beneath it was titillating. I rooted for a happy ending for tne two men together. Engaging characters I quickly became invested in. I voluntarily listened to a free copy of this and am giving an honest review. The narrator did a great job with voices and expressions.

What a good book. Really enjoyed the story,steam and narrator. Worth the credit. Loved it

Another fantastic story by Devon

OMG, I couldn't sit still. the twists and turns, fear and dread for both of the of the gentlemen in this story were astounding!

I love Mark J's voice; this is a great story, too.

I have listened to Mark James perform seven of Summer Devon's books and have loved every one of them. As far as I'm concerned, his voice and performances are right up there with several of the very well-known voice actors who narrate M/M books. I've looked on Audible and it appears that he hasn't done many books and that's a real shame. In fact, searching for his name on Audible brings up many books that don't even has his name on them; something seems to be seriously wrong with their search function.

On to the story. His American Detective is a great who-done-it with just enough twists and turns to keep things interesting. The blurb is really very good so I won't try to re-state it. Between the mystery of who is committing the murders in America and the sizzling attraction between detective Patrick and wealthy Edmund (Ned), Summer Devon has created another captivating historical M/M romance that I love. I really hope that Summer Devon and Mark James keep creating wonderful audiobooks for us to listen to.

A complimentary copy of this audiobook was provided to me but my review was voluntary and not influenced by the author and/or narrator.

I have been really liking Summer Devon's stories and this one is no different. I love this historical romance mystery! Patrick and Edmund's (Ned) story just pulls me in and I didn't want to stop listening. Mark James does such an amazing narration of this story. He makes me even love this story even more. I can't wait to see what happens next in this series.

Fantastic, and what a performance by Mark James!

Summer Devon truly writes fantastic historical romances! In addition to interesting characters and smokin’ hot love scenes, her books always include some darker elements as well. His American Detective is centered around a clever and gruesom murder-mystery plot, and Ms. Devon delves deep into the emotions of Edmund, the main character. It’s fascinating to watch him work through his memories and process the events of his past. Plus, the way the details of the mystery are revealed kept me guessing till the very end.

Of course this is a romance, and these two make a terrific pair. Bash, bold, and self-confident, American detective Patrick Kelly brings out the best in buttoned up Edmund. Watching Patrick’s seduction, and how Edmund slowly unravels, might be the best part of the story.

Performed by Mark James, the audio version is amazing! I’ve always loved his variety of British accents, but I had no idea he could also perform all those American accents as well! He does a phenomenal job infusing multi-layered personalities into these characters, as well as building the tension as the novel mounts to its climax. Well done!

Interesting story, which is well written but I feel the romance was a little fast.

I couldn’t fault this! Set in Victorian England, wealthy gentleman, Edmund Sloan, is in turn annoyed, intrigued, and finally smitten by brash American detective, Patrick Kelly, when Kelly travels to England to investigate a spate of murders, including the murder of Edmund’s family many years ago. This had echos of EM Forster’s daring novel, Maurice, with both characters having to sort out their feelings in secret in such a repressive society. Nice main characters, an engaging story, and the superb narration all gave the novel a perfect well-mannered Victorian feel.