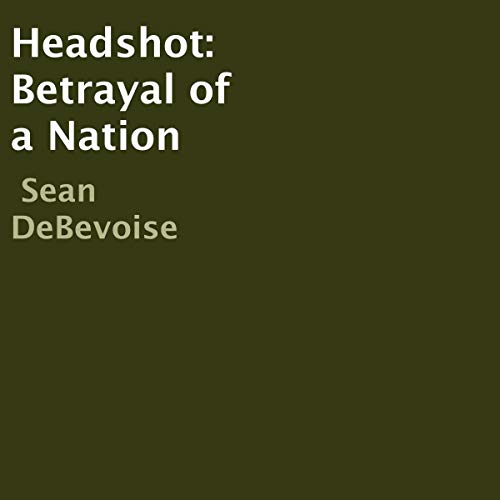 Sean DeBevoise learned early on growing up in New York State that he was bound to be a man of honor. Hunting in the Catskill Mountains with his father, Sean learned about nature, focus, and ultimately, survival. During high school, he was a wrestler, and that's when he met Rachel, the woman who would ultimately become his wife and be the centerpiece for an unconventional tale.

After the attacks of 9/11, Sean knew that his only course of action was to serve his country. Joining the Marines, he found a mental and physical challenge that he planned to excel at. Although he sensed the behavior and many things said by fellow Marines to be disturbing, he willingly deployed to Iraq where he encountered a war-zone that would rip his body to shreds. Taking four bullets, including one to the head, Sean's life would never be the same, but it was the fact that all of this was at the hand of friendly fire that would provide the most crippling mental damage. Sean DeBevoise was nearly killed by his own Marines, and for reasons that are boggling to the outside mind.

Putting the pieces together still today, Sean has come to realize that a dangerous web was woven between the US Marines, a hunger for honor and jealously that traced all the way back to his family at home. Sean killed insurgents on that fateful day when he was locked in a warehouse and left to die by his own men. Returning home, the nightmare seemed to become even more horrifying.

Although he has worked tirelessly to recover the use of his body and to reclaim his life from those who did everything in their power to take it from him, he still grapples with a mysterious story that the US military doesn't want you to know. This is Sean's story, and it's being told for the first time with unflinching honesty.

So much of what is told is really disturbing. I hope that much of what is described within military units deployed is the exception. If this was the only instance of something like this taking place it is way too much. If it happened/happens with any regularity it is completely unacceptable.

I hope that the truth comes to light and that those responsible are held accountable.

Glad I had a chance to meet Rusty. It was easy to see that he was a great dog!!