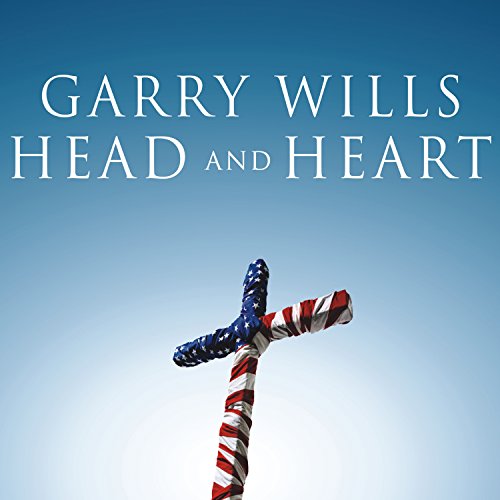 "Lucid and grandly informative....cogent as it is refreshing." (Booklist)
"Garry Wills is simultaneously one of this country's leading public intellectuals and American Catholicism's most formidable lay scholar." (Los Angeles Times)

Here is a landmark examination of Christianity's place in American life across the broad sweep of this country's history, from the Puritans to the presidential administration of George W. Bush.

The struggle within American Christianity, Garry Wills argues, now and throughout our country's history, is between the head and the heart: between reason and emotion, Enlightenment and Evangelism. Why has this been so? How has the tension between the two poles played out, and with what consequences, over the past 400 years? How "Christian" is America, after all? Wills brings a lifetime's worth of thought about these questions to bear on a magnificent historical reckoning that offers much needed perspective on some of the most contentious issues of our time.

A religious revolution occurred in America in the 18th century, one that saw the emergence of an Enlightenment religious culture whose hallmarks were tolerance for other faiths and a belief that religion was a matter best divorced from political institutions - the proverbial "separation of church and state". Wills shows us just how incredibly radical a departure this separation was; there was simply no precedent for it. To put this leap in perspective, Wills provides a grounding in the pre-Enlightenment religion that preceded it, beginning with the early Puritans. He then provides a thrillingly clear unpacking of the steps, particularly Madison's and Jefferson's, by which church-state separation was enshrined in the Constitution, and reveals the great irony of the efforts of today's Religious Right to blur the lines between the two. In fact, it is precisely that separation that has allowed religion in America to flourish since the disestablishment of religion created a free market, as it were, and competition for souls led to the profusion of denominations across the length and breadth of the land.

MISSING PARTS OF THE BOOK!

Chapter 11 - the recording is incomplete. Chapter 12 - Madison - the 20 pages are missing, and the audible file is only slightly over one minute long. Repeated deletions and re-downloads - in both standard and high quality modes - FAILED to correct the problem. WORST OF ALL - I cannot seem to contact anyone at Audible to tell them of this flaw in their product!!! Perhaps this review will get someone’s attention. The book itself so far has been great.