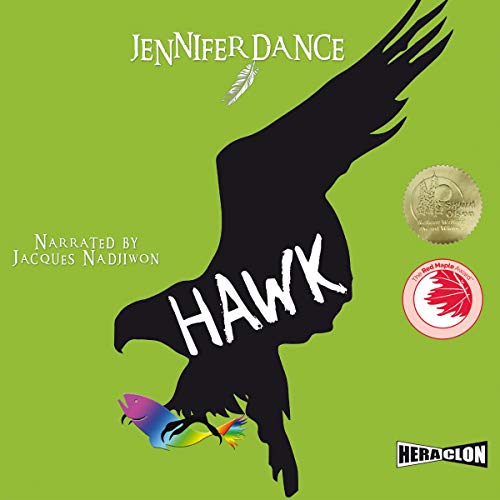 Hawk, a First Nations teen from northern Alberta, is a cross-country runner who aims to win gold in an upcoming competition between all the schools in Fort McMurray. But when Hawk discovers he has leukemia, his identity as a star athlete is stripped away, along with his muscles and energy. When he finds an osprey, "a fish hawk," mired in a pond of toxic residue from the oil sands industry, he sees his life-or-death struggle echoed by the young bird.

Slipping in and out of consciousness, Hawk has visions of the osprey and other animals that shared his childhood home: woodland caribou, wolves, and wood buffalo. They are all helpless and vulnerable, their forest and muskeg habitat vanishing. Hawk sees in these tragedies parallels with his own fragile life, and wants to forge a new identity - one that involves standing up for the voiceless creatures that share his world. But he needs to survive long enough to do it.