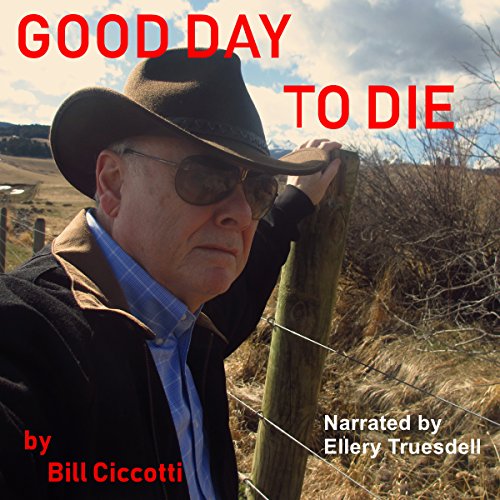 From the author who brought you The Dead Never Sleep, Key West Redemption, and the thrilling Key West Extraction comes a gripping tale of uncensored conflict in the old West. This book is a non-ending, primal battle for survival.

Savage Shoshone, Crow, Blackfoot and Sioux warriors brutally clash with encroaching cowboys and buffalo hunters. All of them intent upon claiming this vast wilderness as their own. See the fledgling town of Big Sky Montana grow before your very eyes. Dance hall girls, card swindlers, and humble townsfolk face the constant danger of shootouts and bank robberies with stoic resolve. For you see, on the frontier, death is always your next door neighbor.

Yes, this is a savage land where evil, depraved gunslingers rob and kill for the sheer pleasure of the deed. The ruthless strong unyieldingly crush everything under their spur-covered feet and never think twice about the aftermath. Yet sometimes those soulless desperadoes kill the wrong man.

Ed Colstock was a tired gunman who had lost count of all the dead he had left along the twisted streets of his life. His ruthless reputation drove him deeper and deeper into the untamed frontier. Searching for peace and obscurity, he traveled alone with his unwanted past. Colstock was sick of all the carnage and death that constantly haunted him. Ed doggedly kept looking for a place where he could finally hang up his guns and, hopefully, start over. But sometimes you have to kill again in order to protect that precious dream your heart desperately craves.

Death rides unbridled, in a posse hell-bent on revenge. Onward they rode, recklessly forward they galloped, on into no man’s land. The gunman. The rancher. And the Texas Ranger who had his own score to settle with the notorious Gene Brady. It was one last bloody ride for all of them. Kill or be killed. Winner take all. Death in the desert.