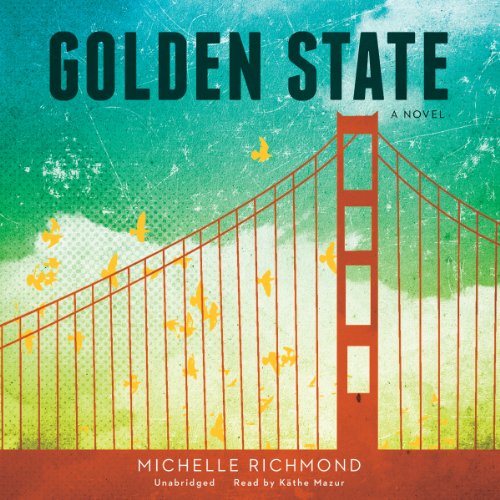 "Nearly every feature of this mesmerizing novel is provocative, as Richmond explores the fragmented, hopeful lives of complex characters... Gripping, multilayered, must-read fiction." ( Library Journal)
"Mesmerizing and intricate, Richmond's dissection of a California on the violent brink of secession from the nation provides the backdrop to her deeper inspection of the uneasy, fragile relationship between siblings...[a] riveting read." ( Booklist)

Dr. Julie Walker wakes on a summer morning in San Francisco to find a city in chaos. Today Californians are voting on a controversial ballot initiative that will change history. With the future of the state and the nation uncertain, the streets have erupted into violence.

Injured, Julie must make her way across the city by foot to the Veterans Administration Hospital, where her sister, recently returned from Afghanistan, is in labor. At the hospital a brutal scene is unfolding as a man who shares an intimate past with Julie begins to take his revenge. Throughout the ordeal Julie's estranged husband, desperate for reconciliation, sends out coded messages from the radio station where he is the well-known Voice of Midnight.

Five years in the making, Golden State is both a political thriller and a meditation on marriage, love, and loyalty. Like The Year of Fog, it is a page-turner with a philosophical bent.

What did you love best about Golden State?

I enjoyed everything about this book - the characters, the narrative, the story. Excellent narration by Kathe Mazur. She brought emotional resonance to the story. This is one of the best books I've listened to this year !

Michelle Richmond is a very interesting writer who creates believable characters found in fantastic scenarios. Her writing is both entertaining and thought provoking.

I was very hopeful after listening to The Marriage Pact. This more of a slice of life story, no mystery.

Good strong story but towards the end a little weak

I liked some of ideas in the book including the political tension (which is relatable especially in the past few years). But the end was kind of weak minus some of the lessons learned by the main character.

I think this author isn't recognized enough. I put this on play because it was free with Plus. I usually use the freebies for playing to listen while I work. Now I wish I had used it for a proper listening. This is her second novel that I have downloaded, I also listened to The Marriage Pact. Very engaging stories and well written. I also love when authors successfully use a location as its own character. Well done!

Very very strange book. I don’t really know if I liked it or not. Would not recommend. I did finish it but wouldn’t recommend. Scratched my head throughout.