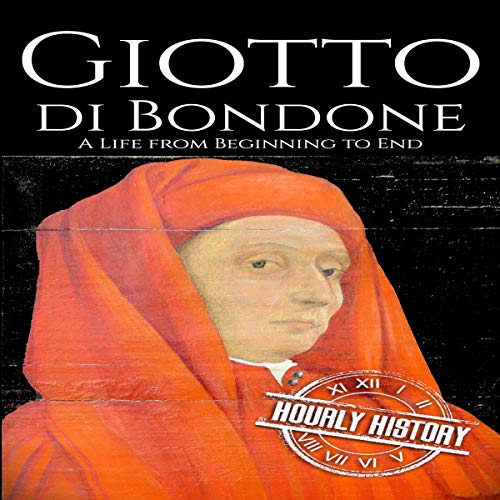 The name Giotto di Bondone may not be as well-known as Leonardo da Vinci, but it was Giotto who made da Vinci and his contemporaries of the Renaissance possible.

Giotto, born in the late 13th century, was the first painter to escape the artistic chains of the Dark Ages and revive the natural art of Ancient Greece. Instead of creating flat, expressionless figures, as was the custom of the Middle Ages, Giotto painted characters with personalities and emotions.

Since almost all art of that time was commissioned by the Church, Giotto spent his life painting magnificent frescos for churches and chapels. He became the most famous painter of his time and opened the artistic doors to the splendid Renaissance to come.

Discover a plethora of topics such as:

So, if you want a concise and informative book on Giotto di Bondone, simply scroll up and click the "buy now" button for instant access!