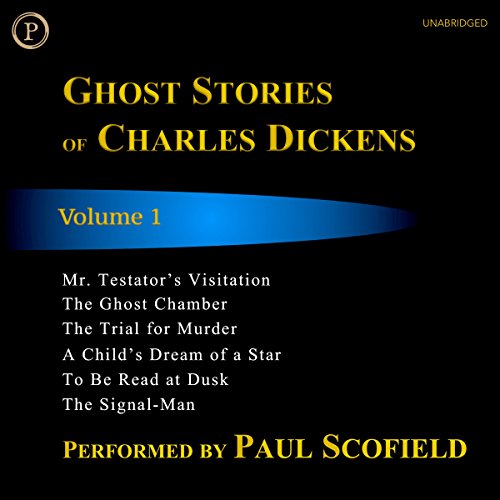 These six supernatural tales, each recounted in its entirety, say as much about the morbid humor and fascination of the English people as they do about Dickens' own joy at spinning a good yarn.

"The Ghost Chamber" is the story of a wife's destruction and the love of a young man for an imprisoned girl.

"A Child's Dream of a Star" is the sad story of a little girl who becomes an angel and waits for her brother to join her.

"The Signal-Man" tells of an apparition seen at a tunnel where fatal accidents occur.

"To Be Read at Dusk" is the story of a lovely young bride who is tormented by a sinister face that appears in her dreams.

"The Trial for Murder" is the eerie tale of a juror who is haunted by the apparition of a murdered man who insists on justice.

This collection of short stories is performed by Academy Award winner Paul Scofield, whose career firmly established him as one of Britain's most distinguished actors.