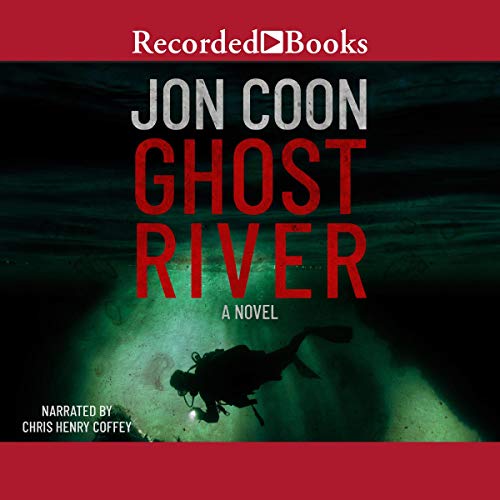 Gabe Jones is not like most underwater criminal investigators - he talks to the dead and the dead talk back. In this crime-thrilling suspense novel, Gabe dives into a watery world of crime and corruption as a paranormal experience helps him uncover the grisly truth of his partner’s death.

After losing his trooper partner, Charlie, in a recovery dive, Gabe Jones is not prepared for what he discovers when he attempts to investigate the scene of Charlie’s death. In the murky waters of the Florida panhandle, Gabe questions his partner’s departed spirit and uncovers an underwater graveyard, along with a dire warning that more deaths are coming if he doesn’t stop the killer.

In a race against time, the underwater spirits lead him to the incriminating evidence he needs to expose the killer. But when his investigation is discovered, he puts Charlie’s family at risk. Will he have what it takes to outwit his adversaries, save Charlie’s daughter, and expose the killer, all while navigating the tumultuous waves of relationships he finds himself in above water?

I really enjoyed the book. I’m a public safety diver and appreciated the attention to detail of the gear and terms. My only complaint is I wish there was more of his work on audible.

It’s not often that an a author writing a dive scene gets it right. When Jon takes the reader under water you really feel as if you have put on the equipment and are experiencing the dive. He had me on the first page when he put on his Viking Drysuit and descended into the river. Great book to read when in coronavirus lockdown. Douglas Nash