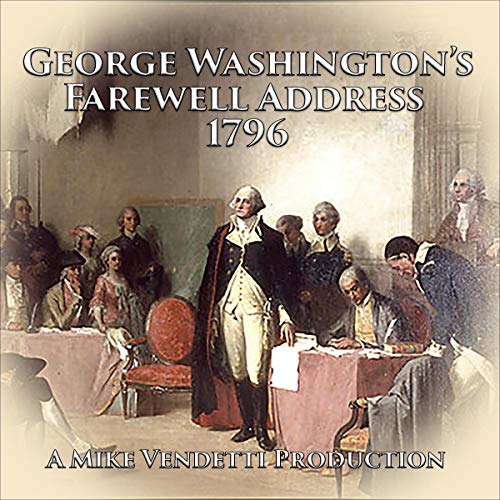 As applicable today as it was in 1796, no Senate tradition has been more steadfastly maintained than the annual reading of President George Washington's 1796 Farewell Address. In this letter to "Friends and Citizens," Washington warned that the forces of geographical sectionalism, political factionalism, and interference by foreign powers in the nation's domestic affairs threatened the stability of the Republic. He urged Americans to subordinate sectional jealousies to common national interests. Award-winning narrator Mike Vendetti reads this address.