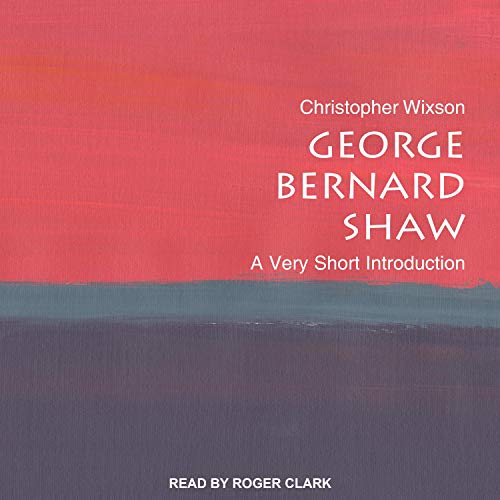 George Bernard Shaw has been called the second greatest playwright in English (after William Shakespeare) and one of the inventors of modern celebrity as the most famous public intellectual of his time. Beginning in the 1880s, as a critic and as a playwright, he transformed British drama, bringing to it intellectual substance, ethical imperatives, and modernity itself, setting the theatrical course for the subsequent century. That his legacy endures 70 years after his death is testament to the prescience of his thinking and his prolific creativity.

This Very Short Introduction looks at Shaw's life, starting with his upbringing in Ireland, and then takes a chronological approach through his works. Considering Shaw's committed antagonism on behalf of a range of sociopolitical issues; his use of comedy as a mode for communicating serious ideas; and his rhetorical style that pushes conventional boundaries, Christopher Wixson provides an overview of the creative evolution of core themes throughout Shaw's long career.