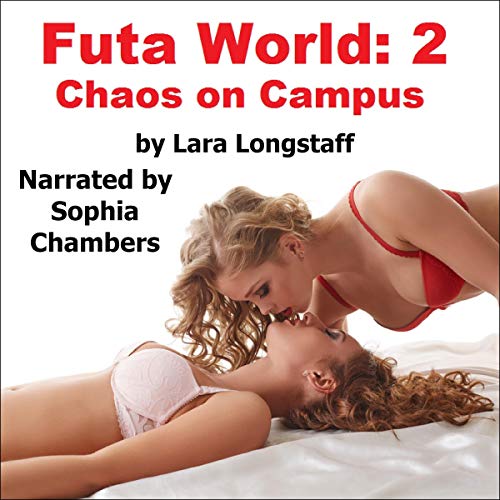 In the first chapter of Futa World, Futa World: Origins, a beautiful genetic researcher on a quest to solve the riddle of female sexual arousal accidentally stumbles on a formula that transforms women into extremely well-endowed phallic women! Even after testing it on herself, she didn't fully realize the side effects before over a hundred coeds on her university campus were injected with the potent mutagen!

Carrie Morris was a buxom young college student with two gorgeous but annoying roommates, roommates who have decided to earn a bit of extra cash participating in Sheila Bennet's drug trial. Things are about to get intense, but luckily Carrie has a sweet best friend to comfort her. Can Carrie handle the changes about to spread through campus? Will she be able to hang on to her boyfriend, the star quarterback and Big Man on Campus? Will she even want to? Relationships begin and end as a swarm of horny, hung women take the campus by storm, climaxing with an explosively sensual futanari encounter in the park!

Lara continues to deliver some of the very best futa erotica out there.
Excellent writing, super hot and a good story.

Sophie Chambers narration is masterful, a real treat.
Because let's face it, listening to niche erotica, I have definitely had to settle for some less than great narration at times. But Sophie brings some top notch narration.