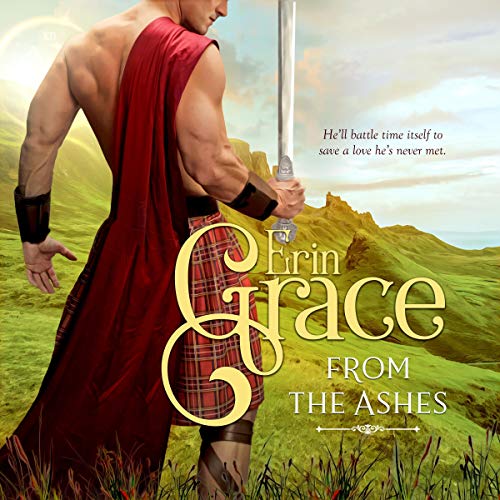 Rescued from the back alleys of modern day Glasgow, Callum Jamieson is thrust back in time to the 13th century and to a life beyond his imagination. His mission? He must save the woman he loves from being murdered - a woman he’s never met.

Desperate to escape the future she was born to, Katie Mackinnon longs for the chance to venture beyond the castle and keep of her Highland home, and discover if the world is really like the secret visions that have plagued since childhood - visions many would believe to be heresy.

Instead, she must choose marriage and commitment by her next birthday - or the choice will be made for her.

But when a mysterious stranger turns up unconscious after a lightning storm, Katie is forced to face her fears, her awakening intuition and her growing desire for the unusual man who has intrigued her like no other.

Before listening Erin's books, please note that she writes using UK English, which can vary from the US English in spelling, grammar, and phrases.

(Sequel to Love in Ruins)