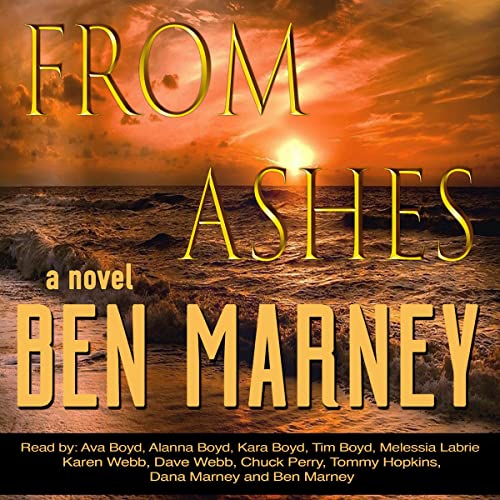 From the award-winning author of An August Harvest and Another Lifetime Ago. Based on his background and experiences, Ben takes you behind the scenes of Music City, exposing the ugly underbelly of the Nashville music industry.

Everyone knew Raine Waters was destined to be a star; his talent was undeniable. But on his quest for fame and fortune, he lost himself in the bright Nashville lights, heading down the wrong road leaving his friends, his one true love...and his heart behind in Texas.

Thirty years later, he’s broke, alone, and homeless, living on the street with nothing left of him but ashes, his music...and a daughter he has never met.

This was the first book I’ve read by Ben Marley. He is an awesome story teller. He immediately became one of my favorite authors. I have read all of his books and listened to the ones on audible as well. I was not a big fan of audible books, but the fact that the author himself was reading them convinced me to try them and I have not been disappointed. I’ve been waiting for From Ashes on audible. It is awesome well worth the wait. The song at the end is beautiful.