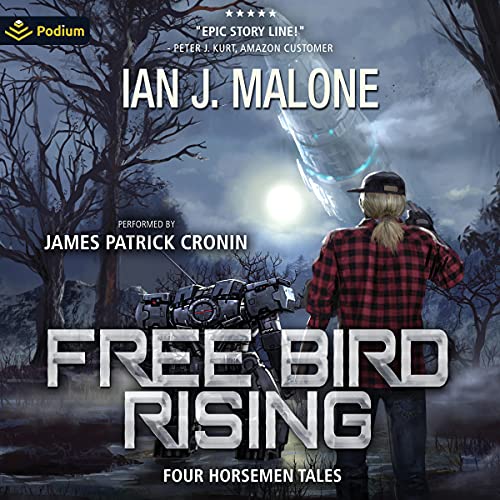 Taylor Van Zant has a lot on his mind.

Like everyone in Jacksonville, North Florida, the early-20s bartender from Riverside saw his world upended when his brother, Terry, an interstellar mercenary and local hero, died suddenly in a freak starship accident. Five years later, having been stonewalled for answers, Taylor faced a choice: Honor his mother’s wish that he never go merc or defy it to save her life by resurrecting Terry’s company.

That was 13 months ago. Now the newly reformed Eagles stand on the verge of a major milestone: owning their own flagship. There’s just one problem. Terry left behind a ship that no one knew about, a rare breed of cruiser with a most peculiar secret.

Free Bird Rising is the story of a young man’s quest for justice and to escape his brother’s shadow. The shocking revelations he finds, though, will likely rock the Galactic Union to its core and get him killed.