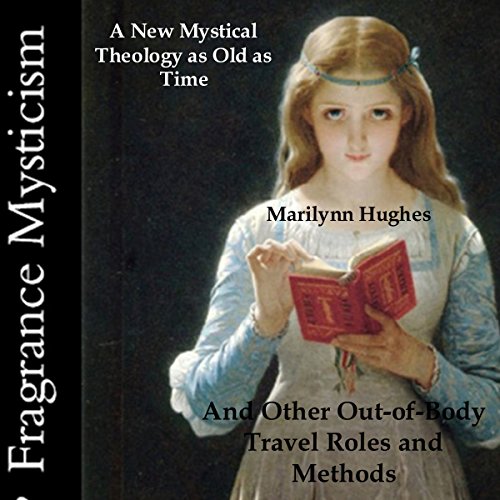 Fragrance mysticism portends to the aromas of particular events or places in the realms and spheres of out-of-body travel and could be said to be a mystical theology of the path of purification leading to union with the Divine. Every out-of-body experience or event contains an energy, a fragrance, an aroma, which permeates the atmosphere and contains within it the knowledge of that realm. The out-of-body traveler must absolutely inhale the fragrance of the arising spheres in order to take within the soul the molecular and cellular structure of such mystical atmospheres, allowing the knowledge contained to self-embody without effort on the traveler's part. In such a manner, the cells of the sphere combine with his own particulate matter and eventide to judgment. By so doing, the out-of-body traveler may take in a fragrance of that which is seen, heard, and elementally acquired. As this occurs, that fragrance converges within his own cells, merging and radiating as the soul gradually conquers again the physical body, bringing cells of higher mind within the confines of the terrestrial sphere and the physical mind. Such energies are transformative and cause alteration within the body, as well as the soul of the out-of-body traveler upon re-entry. In an invisible and fragrant way, the out-of-body traveler contains the meaning of the experience through its fragrance, the manner in which it sensates, by the emanations of the worlds to which he pays heed. And knowledge continues to vibrate into a ceaseless seeking (or having sought) which bears no sounds, words, or fantastic imagery; but rather a sapience which confounds itself to energy alone and can only be expressed as such.