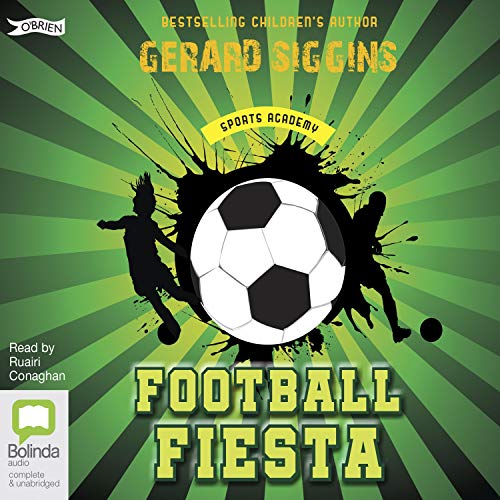 "Will appeal to all those sports fans, who dream of making it big." (The Sunday Independent)

"A fascinating blend of fantasy and sports fiction, which will appeal to boys and girls; an excellent and unusual read with an interesting background." (Parents in Touch)

Five kids with one dream: to become the greatest sports stars in the world! The first in a new series from best-selling author Gerard Siggins!

Joe knows he has no chance of catching the mysterious scout’s eye - he loves football, but he’s the worst player in his club. Despite this, he’s whisked away to a remote island and teamed up with four other kids: Kim, Craig, Ajit and Jess.

There’s more to this island than meets the eye: Joe learns it is home to the world’s greatest Sports Academy. With the help of eccentric, genius coaches, he and his new friends are gradually transformed into serious players in their own sports. But the Academy’s secrets are wanted by many others....

Can Joe and Atlantis United escape their mysterious pursuers in time to play a high-stakes match deep in the South American jungle?