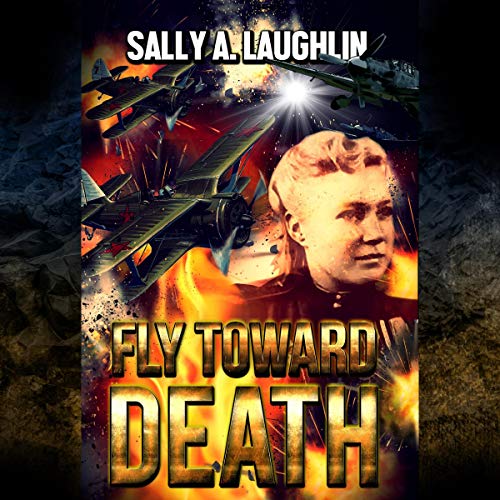 Machine gun fire and rifle bullets zing all around her as she maneuvers her plane to drop her bombs. Her fragile World War I biplane is low enough for her to hear the Germans screaming and yelling, as she presses forward to her drop zone.

This was a typical flight during one night’s sorties. The German soldiers feared and hated the women they called the Nachthexen: Night Witches. There were three all-female aviation regiments in the Soviet Union during World War II. This is the story of female heroes who flew under incredibly adverse conditions: From women who flew the little, unarmed biplanes and bombed the Germans at night, to the fierce fighter pilots who fought the seasoned German Luftwaffe, humbling them before their peers.

This is a fictional account, based on true stories, of the amazing women who lived, loved, and died bravely during the dark days of World War II.

This is not the type of story that would get my attention, however for after having eve surgery I thought I would give it a try. I was blown away. In fact I listened to the audiobook in day. I have also listened to the other Audiobook written by Sally A Laughlin. And am looking forward getting her other books put out on Audio. Thank you for an enjoyable book.

Sally A. Laughlin has given us a great insight into a lesser known part of history - The Nightwitchers! It's a really exciting and interesting look at the Russian female pilots in the war. Although slightly repetitive at the start the story soon kicks into a higher gear and is very exciting. I love how the story moves from Vera onto other pilots and then returns to her again.

Iona Campbell's narration is both engaging and easy to listen to. Her vocal versatility brings this massive cast of characters to life with ease. She easily slips between accents to keep the characters different enough for the listener to keep track. Would recommend!