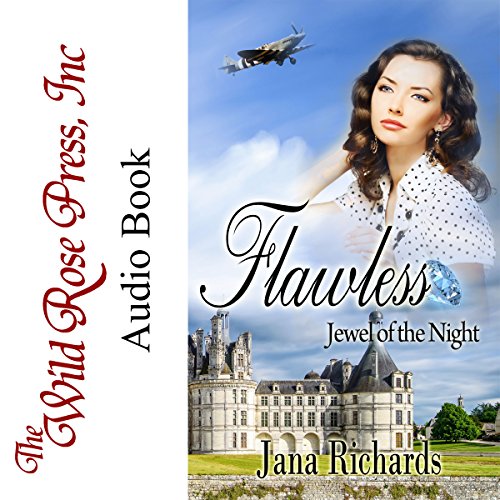 France, 1942. The world is at war. The Nazis have stolen the infamous blue diamond, Le Coeur Bleu, intending to barter it for weapons that will destroy the Allies. Jewel thief Hunter Smith is given a choice: help the French Resistance steal back the diamond and avenge the death of his best friend, or stay locked up in an English prison. He chooses revenge.

Resistance fighter Madeleine Bertrand's husband died when he was betrayed by Hunter Smith. How can she now pretend to be married to the arrogant American? How can she betray Jean Philippe's memory by her passionate response to Hunter's kisses?

Neither is prepared for the maelstrom of attraction that erupts between them. To survive, they must uncover the mysteries of the past and conquer the dangers of the present. But first, Madeleine must decide whether her loyalties lie with her dead husband and the Resistance or with the greatest love of her life.

This story did take a little bit to catch my interest. There are a lot of details at the beginning about the war, the diamond and intelligence of who is on which side of the war. Once all that was past and the the characters of Hunter and Madeleine began the charade of being married so Hunter could get closer to the blue diamond then I couldn't stop listening just to find out what happened to the diamond and the two main characters. Great story with excellent narration.

I am not normally a fan of war stories. The reality of war is too here and now to listen to a fictionalized version. This one was well written and performed. I enjoyed the interactions between the characters and how close it came to some actual events. "I was given this free review copy audiobook at my request, via Audiobook Boom, and have voluntarily left this review."